British man given restraining order after row over ‘foreign’ cockerel

‘Multi-millionaire’ acquitted of harassing neighbours over bird ‘crowing all day’ 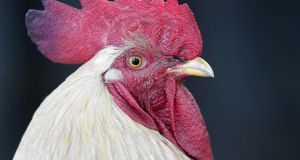 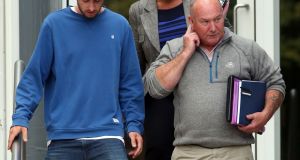 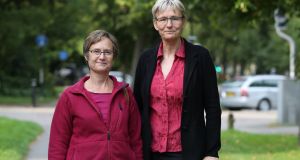 A retired businessman has been given a restraining order despite being acquitted of a campaign of harassment against his neighbours in a dispute over a noisy “foreign” cockerel.

Neil Dymott was found not guilty of two charges of harassment following a two-day trial at Southampton Magistrates’ Court.

The court heard allegations that the 56-year-old threatened to cut the cockerel’s head off and shouted homophobic abuse at Helen Richardson and Paula Holland who lived next to his home in Marchwood, Hampshire.

He was also accused of playing music by Queen at a loud volume as well as the song When A Man Loves A Woman repeatedly for 1½ hours.

Mr Dymott said he only played loud music on two occasions and said he did not swear at the complainants or insult their sexuality, but did admit calling Ms Richardson “a psycho”.

Colin Wyatt, chairman of the bench, said: “Whilst we find some of the actions and behaviour were inappropriate we do not feel this constitutes the offence of harassment.”

Referring to the music, he added: “We agree the course of action was childish, immature and petulant.”

The magistrates imposed a restraining order on Mr Dymott prohibiting him from contacting the complainants directly or indirectly for two years.

He said: “You have to live as neighbours, you need to behave and stop being stupid or petulant.

“Can you get on as neighbours? Life is too short.”

The defendant told the trial that he had complained to police himself about the noise created by his neighbours’ cockerel and hens and blamed the volume on the type of chicken.

He said he had made audio and video recordings to gather evidence against his neighbours.

Mr Dymott said: “I think it’s irresponsible and not a nice thing to do, to have cockerels crowing at that level, they were crowing all day.

“Those cockerels go off as much as 60 to 70 times an hour. This is not a British bird, these are birds going all the time.

“When they started crowing they do not just crow once, they crow, crow, crow.”

He continued: “If these had been a British cockerel and going off at dawn and dusk we wouldn’t be here.”

The court has heard Ms Richardson and Ms Holland had arranged for the cockerel to be killed in August 2015 but the dispute still continued afterwards when Mr Dymott alleged they were hiding a cockerel from him.

The trial also heard that Mr Dymott and Ms Richardson clashed in her front garden which she said caused her an injury to her arm while the defendant said he suffered a cut lip.

Mr Dymott also denied he was angry because the noise devalued his property or telling them: “Don’t mess with a multi-millionaire. I am going to take you for £50,000, I have a barrister.”