Britain to ‘prosper mightily’ with or without free trade deal 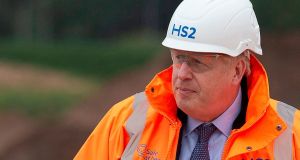 Boris Johnson has predicted that Britain will “prosper mightily” even if it fails to conclude a free trade agreement with the European Union and leaves the transition arrangement at the end of this year with no deal. The prime minister was speaking hours after the road haulage industry warned the British government there could be chaos at the borders when the transition ends.

“We’re ready for any eventuality, of course. But we must make sure that people understand that at the end of the year, whatever happens, we are leaving the EU, and leaving the transition period, the implementation period. That is it. That’s why it is vital that people who have questions, who have queries about what they need to do, get on to our websites, look at what they need to do to prepare, and certainly we will help them. But we will get through this,” he said.

Talks between Britain and the EU remain deadlocked on a number of issues, including fisheries and European demands for a “level playing field” to ensure fair competition. Mr Johnson suggested he was relaxed about the prospect of a no-deal outcome, which he refers to as an Australian-style deal although Australia has no free trade agreement with the EU.

“It’s absolutely vital that our partners understand that the UK is going to do what we need to do. If we have to have an Australia-style deal, an Australia-style solution, then that is what we will achieve, and we will prosper mightily one way or the other. They could, of course, be sensible and give us a Canada-style solution, which after all they’ve given Canada, and I hope very much hope that they will, but we’re ready for either eventuality,” he said.

Road hauliers warned on Friday that Britain faced severe disruption to supply chains by failing to make timely preparations for new arrangements that will become necessary at its borders at the end of the year. A number of groups representing the industry called for an urgent meeting with the government, and Rod McKenzie of the Road Haulage Association urged the prime minister to act before it is too late.

“It is a real case of the government sleepwalking to a disaster with the border preparations that we have, whether it is a deal or no-deal Brexit at the end of December. The supply chain on which we are all dependent to get the things we need could be disrupted and there is a lack of government focus and action on this,” he told the BBC.

“When we are trying to emerge from the crisis of Covid, if we then plunge straight into a Brexit-related crisis, that will be a really difficult moment and we need real pace. The difference here is between a disaster area and a disaster area with rocket boosters on.”