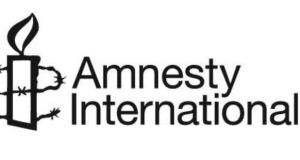 The report warned that while there was a risk of vicarious trauma due to the nature of Amnesty’s work, most wellbeing issues among staff were driven by the organisation’s adversarial culture, failures in management and pressures of workload

A letter, signed jointly by the human rights group’s leadership team, acknowledged mistakes had been made, adding that the seven senior leaders took shared responsibility for the “climate of tension and mistrust” across the organisation.

“We are truly sorry that a majority of colleagues feel undervalued and unsupported, and we are willing to do whatever is possible to change this,” they wrote in a letter to the organisation’s international secretariat on Thursday.

Naidoo is expected to outline a reform plan by the end of March, including a decision on the future of the organisation’s leadership.

In a statement on Friday, he said he may not choose to accept all of their offers of resignation. A recent review into Amnesty International’s workplace culture warned of bullying, nepotism and an “us v them” dynamic that threatened the organisation’s credibility as a human rights champion.

The report, undertaken by the KonTerra Group and led by psychologists, was commissioned after the suicides of two staff members last year.

The report warned that while there was a risk of vicarious trauma due to the nature of Amnesty’s work, most wellbeing issues among staff were driven by the organisation’s adversarial culture, failures in management and pressures of workload.

The review was based on a survey of 475 staff, 70 per cent of the workforce of Amnesty’s international secretariat, and on scores of interviews.

“There were multiple reports of managers belittling staff in meetings, deliberately excluding certain staff from reporting, or making demeaning, menacing comments like ‘you’re sh*t!’ or ‘you should quit! If you stay in this position, your life will be a misery,’ ” the report said.

In the letter, the senior leadership team acknowledged the review’s finding that structural and cultural challenges have been prevalent in the organisation for decades, and that these had been exacerbated by a restructuring programme.

The letter said: “As we have said on previous occasions, and with all humility, mistakes were made. In hindsight, we could have done many things differently. And whilst it was never our intention to inflict pain on anyone, we must accept that this did unfortunately occur.”

The leadership team added that surveys and reviews, carried out during the restructuring, had consistently shown feedback on “the lack of trust and confidence in us, and on the need to focus on parts of our organisation where bullying and harassment were experienced”.

Senior leadership had tried to respond to the best of their ability, the letter said, but more needed to be done. The seven senior leaders have worked at Amnesty International for between four and 11 years.

“Many of us have been Amnesty members since our youth, and, from our different individual perspectives, all of us see ourselves as activists and upholders of human rights,” they wrote.

Amnesty’s work culture problems were first revealed in May last year, when the Times reported that Gaëtan Mootoo had killed himself after complaining of stress and overwork.

Six weeks later, Rosalind McGregor, an intern at Amnesty’s Geneva’s office, was found dead at her family home in Surrey.

In a statement on Friday, Naidoo said that recent reviews had painted a sombre picture of Amnesty International’s internal track record.

“They shed light on an alarming trust deficit in the international secretariat and serious internal challenges we face as an organisation,” he said. He added that there had been frank discussions at the highest level.

“Change has to happen in a realistic, structured and holistic way to ensure necessary continuity, with due sensitivity to the constraints we face within the organisation.

“We have fantastic talent in Amnesty International; now is the time to foster that passion, drive and commitment and focus our energy on combating the external threats to human rights,” he said.

“These are dangerous times and Amnesty is needed now more than ever. Our staff need to be empowered to make sure that by growing our campaigning and activism we rise to meet the challenge and win the bigger battles before us.” – Guardian News and Media 2019