Power to the people: Year of the populist revolt

World review of 2016: Across the globe a darker new world order is coming to pass

The Battle of Aleppo has been ongoing since July 2012 containing numerous fractions of rebel groups and government forces. 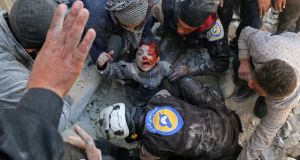 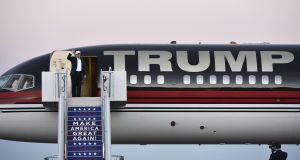 Republican presidential nominee Donald Trump waves as he steps out of his plane for a rally in Colorado Springs, Colorado on September 17th. Photograph: Mandel Ngan/AFP/Getty Images 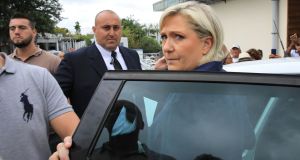 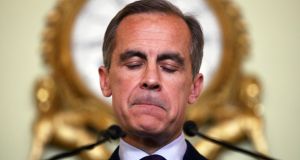 Mark Carney, governor of the Bank of England, during a news conference in London on June 30th. Carney warned that there’s only so much he can do to protect the British economy in the wake of Brexit. Photograph: Chris Ratcliffe/Bloomberg

“Their world is crumbling. Ours is being built.” Donald Trump had won, and Florian Philippot was exultant. Their world, as the vice-president of France’s far-right Front National saw it, was the established political order: the system of global alliances, trade and pooled sovereignty, underpinned by liberal internationalism, that had developed in the postwar era but was now squarely threatened like never before. Ours was the vision of its insurgent challengers. Nigel Farage, the ex-banker whose fringe project went mainstream and culminated in a shock decision by UK voters to leave the European Union. Marine Le Pen, Philippot’s leader, whose once-toxic party was running far ahead of the ruling Socialist Party less than a year from a presidential election.

The list went on: Geert Wilders in the Netherlands, Viktor Orbán in Hungary, Norbert Hofer in Austria. And now had come the most spectacular upset of all: Trump, the madcap celebrity businessman turned dark, populist demagogue, had set off a political earthquake in the United States.

Amid the uncertainty, however, some things are clear. This was the year of the populist revolt. Around Europe, right-wing anti-establishment parties are on the march. Their policy platforms may vary – the Austrian Freedom Party’s anti-globalisation platform is at odds with that of its namesake in the Netherlands, for example, while the UK Independence Party is implacably opposed to the EU, whereas Alternative für Deutschland is not – and local factors as much as global ones have driven their success.

But what they share is a broadly protectionist economic agenda, nativist social policies and a simple, well-honed message that pits a corrupted metropolitan elite against the ordinary, forgotten citizen.

“France is on the brink of revolt,” he said recently. He seems to have calculated that only by painting himself in Front National livery can he assuage that anger and block Le Pen from being its beneficiary. A similar dynamic is at work across the continent, where debates on migration, trade and budget deficits have been shaped by populist pressures.

Matteo Renzi, who resigned as Italian prime minister after the rejection of his referendum on constitutional change in December, pleaded for room for manoeuvre on euro zone budget-deficit limits by pointing to the threat he faced from the Five Star Movement led by the comedian Beppe Grillo.

Part of the reason for EU governments’ hard line in the upcoming Brexit talks is a fear that a good deal for the departing Brits could embolden Eurosceptic voices elsewhere in the bloc. In Berlin, where she launched her re-election campaign with an acknowledgment that the world was “weaker and less stable” as the year drew to a close, Angela Merkel vowed to speed up deportations of rejected asylum seekers and endorsed a ban on face-covering veils.

How to account for the success of the populist right? Those who voted for Trump or for Brexit were branded globalisation’s losers – victims of elite-driven trade liberalisation and technological change that hastened the decline of western manufacturing and the good jobs it provided. Some of the highest votes for Trump and Brexit were found in former industrial heartlands – regions where uneven access to education, opportunity and power was most acute, and where mainstream parties have struggled to come up with a persuasive political offer.

The Trump and Brexit votes were powered by a core of white, older men who never went to college.

“There’s a vast expanse between New York and LA where it’s everyday middle-class America,” said Rick Berry, a florist in Luzerne County, Pennsylvania, which recorded the biggest swing from Obama to Trump in that vital swing state. “It was time we spoke up. And that’s what happened.”

But on its own the economic argument only went so far. In the US, Trump’s supporters in the midwest included business owners and rich retirees. Closer to home, as Daniel Gros of the Centre for European Policy Studies has pointed out, the share of low-skilled workers in Europe is in rapid decline. At the turn of the last century, there were over 50 per cent more low-skilled workers than university graduates. Today, graduates almost outnumber low-skilled workers.

Another ingredient in the right-populist recipe – an embrace of identity politics – is vital to its appeal. Concern about immigration was at the heart of the Brexit result. In the eyes of his fans, Trump’s outrageous claims about Muslims and Mexican immigrants burnished his reputation for straight talking. Similarly, immigration is central to the pitch of Le Pen’s Front National, Finland’s True Finns, Sweden’s Sverigedemokraterna and Germany’s Alternative für Deutschland, each of which casts itself as the lone voice willing to take on one of the last political taboos.

For each of these parties, as well as for Farage and Trump, the “real people”, for whom they purport to speak, is above all a rhetorical device used to exclude religious and ethnic minorities, urban elites, the media or those who advocate any of the isms they despise: feminism, environmentalism, multiculturalism or social liberalism. Against that background, the dismissal of these voters as racists, cranks or, say, deplorables, only plays into the populists’ hands.

While the rise of the populist right convulsed the west in 2016, the phenomenon was not confined to Europe and the US. In the past 12 months, nationalist strongmen tightened their hold on power in Turkey, the Philippines, China, Egypt and India. But few had a better year than Russian president Vladimir Putin, who today surveys a world more amenable to his ideas than at any point since he first took power 16 years ago.

In Europe, key Kremlin aims, both short-term (the lifting of economic sanctions) and long-term (the break-up of the European Union, the weakening of Nato) have moved closer to fulfilment with the Brexit vote and the success of the populist right parties, many of whose leaders enjoy good relations with Putin’s government.

This year, pro-Russian parties won elections in Bulgaria and Moldova. The two people most likely to fight it out for the French presidency, Fillon and Le Pen, both describe themselves as friends of Moscow. To cap it all, the US has elected a man who sounds lukewarm on Nato, cheered Brexit and speaks more admiringly of Putin than of any other foreign leader.

That Trump was elected in a tight contest after what American intelligence agencies say was Russian state intervention, in the form of the hacking and public release of emails damaging to Hillary Clinton, puts an even more darkly surreal complexion on a year that could reshape the global order for decades to come.