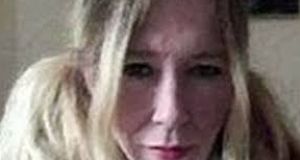 British Islamic State recruiter Sally-Anne Jones, dubbed the White Widow, has been killed in a US drone strike, it has been reported.

Jones was killed close to the border between Syria and Iraq by a US Air Force strike in June, according to The Sun.

She and her husband Junaid Hussain went to Syria in 2013 to join Islamic State.

He was killed by a US drone in 2015, and had allegedly been planning “barbaric attacks against the West”, including terror plots targeting “high profile public commemorations” this summer.

News of her death was not made public amid fears that her 12-year-old son Jojo may also have been killed, according to The Sun.

Jones, who was previously a member of an all-girl punk rock group, left her home in Chatham, Kent, after converting to Islam.

She used her Twitter account to recruit women and provided practical advice on how to travel to Syria.

Born in Greenwich, London, she encouraged individuals to carry out attacks in Britain, offering guidance on how to construct home-made bombs.

She has also shared pictures of herself posing with weapons.

Jones also posted messages in support of Islamic State as well as extremist comments such as: “You Christians all need beheading with a nice blunt knife and stuck on the railings at Raqqa . . . Come here I’ll do it for you.”

A British Foreign Office spokeswoman said: “We do not comment on matters of national security.”