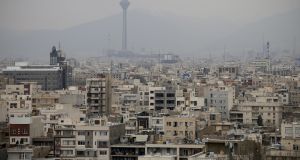 Two British-Australian women and another foreign national, also believed to be Australian, have been detained in Iran.

British media reported on Tuesday night that a blogger who was travelling through Asia with her Australian boyfriend, and an academic who studied at Cambridge University who has been working at a university in Australia, were seized in separate incidents.

The two women are believed to be currently held at the Evin prison in Tehran, where Nazanin Zaghari-Ratcliffe a 41-year-old British-Iranian national has been incarcerated on spying charges since 2016.

BBC Persia has also reported a woman and her Australian partner were detained by the Iranian Revolutionary Guard for camping in a military area around Jajrood in Tehran province.

The arrests come amid increasing tensions between Australia, Britain, the United States and Iran. In August, the Australia prime minister, Scott Morrison, said Australia would join a US-led mission in the Strait of Hormuz.

Mr Morrison said Australia would send forces to the Middle East because “destabilising behaviour” in the Gulf was a threat to Australian interests.

The British MP Tulip Siddiq said: “Iran have raised the stakes again and shown the UK’s soft diplomatic responses to Iran’s illegal and inhumane treatment of British prisoners has not worked. This is a wake up call for the prime minister and the government to act urgently to bring our innocent citizens home.”