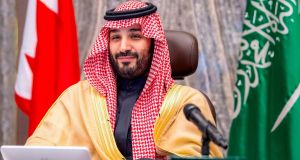 Saudi Arabia has agreed to reopen its land, air and sea borders with Qatar in a move to end a dispute lasting more than three years that triggered an unprecedented crisis in the oil-rich Gulf and pitted US allies against each other.

Kuwait, which has been mediating between the rivals, announced the reopening of the borders from Monday evening.

The rapprochement comes after Crown Prince Mohammed bin Salman, Saudi Arabia’s de facto leader, stepped up efforts to end the dispute with the kingdom’s neighbour. The Trump administration has also pressured Gulf states to resolve the spat as it seeks to claim a success before its term ends this month.

As a result of the deal, Sheikh Tamim bin Hamad al-Thani, Qatar’s emir, will attend a Gulf summit in Saudi Arabia on Tuesday at which more details of an agreement between Doha and its rivals are due to be announced.

It will be the first time Sheikh Tamim has visited the kingdom since Saudi Arabia, the United Arab Emirates (UAE), Bahrain and Egypt cut diplomatic and transport links with Qatar in June 2017.

A person briefed on the discussions said that after Saudi Arabia lifted its air, land and sea embargo, Doha was expected to freeze state-related legal cases launched against its rivals at institutions such as the World Trade Organisation and the International Civil Aviation Authority.

Prince Mohammed said the summit would unite Gulf ranks “in the face of challenges facing the region”, according to the Saudi news agency.

Some in the region believe Prince Mohammed’s push to repair relations with Qatar are partly motivated by efforts to improve his standing with US president-elect Joe Biden, who has publicly criticised the kingdom over human rights abuses and threatened to “reassess” Washington’s relations with Riyadh.

The Trump administration has been concerned that the dispute weakens the Arab alliance it has sought to forge against Iran. Qatar hosts the largest US military base in the Middle East.

Washington has also been frustrated that Tehran has benefited financially as the embargo has meant flights to and from Qatar are forced to use Iranian airspace.

The other Arab states involved in the dispute have in recent weeks praised Saudi efforts to resolve the spat, but it was not immediately clear if they would follow suit and lift their embargoes on Qatar.

Officials and analysts have said the UAE had been the more reluctant to agree to the rapprochement, partly because Abu Dhabi is particularly concerned about Qatar’s relationship with Turkey.

The UAE has become increasingly concerned about Turkey’s influence in the Arab world and accuses Turkish president Recep Tayyip Erdogan of pursuing a “neocolonial” policy in the region.

Anwar Gargash, the UAE’s minister of state for foreign affairs, said last month that “the political and social climate in the Arabian Gulf are looking to end the Qatar crisis”. But he added that “Qatari media platforms seem to be determined to undermine any agreement. A strange phenomenon that is hard to explain.”

When they severed links with Qatar, Saudi Arabia, the UAE and their allies accused Doha of supporting Islamist groups and being too close to Iran.

Riyadh and Abu Dhabi then presented Doha with an extraordinary list of 13 demands that included closing Al Jazeera, the Qatari-funded satellite television network, curbing its relations with Iran and closing a Turkish military base.

Qatar, the world’s biggest exporter of liquefied natural gas and its richest nation in per capita terms, denied the allegations and used its financial resources to cushion the impact to its economy.

Analysts warn that given the bitterness of the dispute it is likely to take time for a full resolution to the crisis.