Khashoggi trial was an exercise in scapegoating and not justice 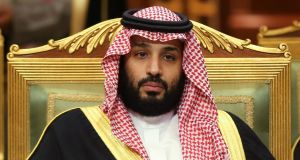 The verdict in the trialof the Saudis accused of the murder of dissident journalist Jamal Khashoggi will satisfy only senior figures in the kingdom who seek to exact high prices from the men who bungled the job. Yet further bloodletting will not make either crime or controversy disappear.

While Saudi crown prince Mohammed bin Salman belatedly assumed responsibility for the murder of Khashoggi at the Saudi consulate in Istanbul in 2018 “because it happened under my watch”, Turkish authorities and the US Central Intelligence Agency blamed bin Salman.

She said the murder was an “international crime over which other states should claim universal jurisdiction”.

This will not happen, although both the Saudi investigation and trial have been conducted for show rather than to secure justice for Khashoggi and closure for his fiancee Hatice Cengiz.

There was no credible or transparent Saudi investigation of the killing. Riyadh initially claimed Khashoggi simply disappeared and could not be traced. Eventually the Saudis argued he died accidentally while being drugged during an operation to kidnap him.

However, a 15-man hit team included a forensic doctor well versed in dismembering corpses, and Turkish intelligence, which bugged the consulate, released audio recordings of the grisly operation.

The trial was conducted behind closed doors. The diplomats and Khashoggi family members permitted to attend will say nothing. The court adhered to the official line that the killing was not premeditated.

The three most high-profile figures went free, undermining the verdicts. Bin Salman’s aide Saud al-Qahtani was investigated but not charged, although Turkey produced evidence that there were phone calls between Qahtani and the team in Istanbul.

Deputy intelligence chief Ahmad Asiri was sacked but acquitted. Mohammed al-Otaibi, in whose office Khashoggi was slaughtered, was found not guilty.

The convicted men, acting on orders from the royal court, have become scapegoats. The Saudis may expect that public executions of the five sentenced to death will put an end to the Khashoggi affair.

International acceptance of the Saudi charade will encourage the crown prince to carry on with his crack down on scores of Saudi dissidents and critics who are being arrested in batches and detained from time to time.

While he has adopted far-reaching economic and social reforms, bin Salman is determined to crush all political opposition.

Saudi Arabia is too wealthy and too influential for any international body to take up the Khashoggi case or tackle the prince over human rights abuses.

Bin Salman has already been pardoned for the Khashoggi murder. He is welcomed wherever he goes, and will host the world’s powerful next year at a G20 summit.

Cork GAA wraps a €70 jersey around the war of independence