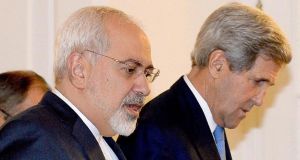 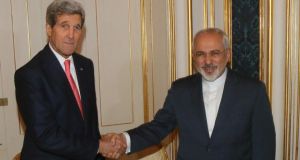 Iran and six powers failed for a second time this year to resolve a 12-year dispute over Tehran’s nuclear ambitions and gave themselves seven more months to overcome the deadlock that has prevented them from clinching a deal.

Senior politicians from around the world had converged on Vienna on Sunday in the hope that nine months of negotiations on a comprehensive deal to curb Iran’s nuclear programme would produce a framework agreement on the final day of intensive talks.

Iranian officials predicted that a “political agreement” would be reached on Monday, leaving many of the technical details to be resolved later. Instead they extended talks by seven months.

Western officials said they aim to secure an agreement on the substance of a final accord by March but they would need more time to reach a consensus on the important technical details.

“We have had to conclude it is not possible to get to an agreement by the deadline set for today and therefore we will extend the JPOA [Joint Plan of Action] to June 30th 2015,” British foreign secretary Philip Hammond said.

JPOA is an interim deal agreed between the six and Iran a year ago in Geneva, under which Tehran halted higher level uranium enrichment in exchange for a limited easing of sanctions, including access to some frozen oil revenues abroad.

Mr Hammond said the expectation was that Iran would continue to refrain from sensitive atomic activity. He added that Iran and the powers “made some significant progress” in the latest round of talks.

Mr Hammond said there was a clear target to reach a “headline agreement” of substance within the next three months and talks would resume next month.

It is unclear where next month’s talks will take place, he said, noting that during the extension period, Tehran will be able to continue to access around $700 million (€563m) a month in sanctions relief.

A source close to the talks said Vienna and Oman were possible venues for next month’s discussions. An Iranian official confirmed the extension, as did Russian foreign minister Sergei Lavrov, who echoed Mr Hammond’s comments about “substantial progress”.

A report by the International Atomic Energy Agency, the UN nuclear watchdog, showed that Iran had reduced its stockpile of low-enriched uranium gas and taken other action to comply with last year’s interim agreement with world powers.

Iranian president Hassan Rouhani was due to address the Iranian people on television on Monday evening. US secretary of state John Kerry was planning to speak to the press in Vienna before returning to the US.

No details about the “substantial progress” were immediately available. One senior Western diplomat expressed pessimism about the prospects for an agreement in seven months time. “It’s been 10 years that proposals and ideas have been put forward,” he said on condition of anonymity.

“There’s nothing left. It’s essentially a side issue now. The Iranians are not moving. It is a political choice.

“I am sceptical that even if we did extend we will be able to reach a deal,” he said just before the extension was announced.

The deadline for a deal, agreed in July when the two sides missed an earlier target date, was Monday. The Vienna talks have aimed for a deal that could transform the Middle East, open the door to ending economic sanctions on Iran and start to bring a nation of 76 million people in from the cold after decades of hostility with the West.

The cost of failure could be high, and Iran’s regional foes, Israel and Saudi Arabia, are watching nervously. Both fear a weak deal that fails to curtail Tehran’s nuclear ambitions, while a collapse of the negotiations would encourage Iran to become a threshold nuclear weapon state, something Israel has said it would never allow.

As it appeared likely that no agreement was in the offing, Israeli prime minister Benjamin Netanyahu said: “No deal is better than a bad deal.”

The main sticking points in the talks are the scope of Iran’s enrichment programme, the pace of lifting sanctions that have crippled Iran’s economy and the duration of any deal.

So far, Western officials said Tehran has refused to budge on its demand to continue to operate most of its enrichment centrifuges in operation. Tehran blames the West for making excessive demands on the Islamic Republic.

Several Western officials have questioned the value of extending the talks again, saying there is little reason to expect the Iranians will show the flexibility needed to end the impasse in the weeks and months ahead. They have also questioned the Iranian leadership’s desire to compromise. Reuters