Stig Engstrom – who is dead – carried out 1986 assassination, investigators conclude 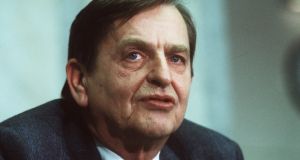 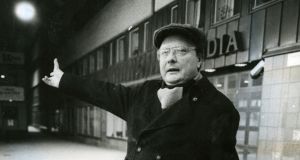 Stig Engström, a graphic designer who was named on Wednesday as the most likely killer of Swedish prime minister Olof Palme in 1986, pictured in Stockholm weeks after the assassination. Photograph: Goran Arnback/TT via AP

After a 34-year wait – and weeks of build-up worthy of reality television – Swedes have reacted with anger and dismay to the news that the most likely killer of former prime minister Olof Palme in 1986 has been dead for 20 years.

Stig Engström, a graphic designer and long-term suspect in the case, was named on Wednesday as the presumed gunman who, 34 years ago, shot Palme dead after he left a Stockholm cinema on February 28th with his wife.

“Because the person is dead, I cannot bring charges against him and have decided to close the investigation,” said Swedish chief prosecutor Krister Petersson at an online press conference.

Three months ago Mr Petersson flagged a break in the long-running investigation that has clocked up 10,000 witness interviews, at least five possible scenarios and 134 different people all claiming they were responsible.

His announcement triggered public expectation and a media frenzy that a conclusion was imminent to heal Sweden’s lingering trauma over the violent killing of its charismatic leader.

On Wednesday Mr Petersson acknowledged now that many Swedes may be left deflated and dissatisfied and that “different conspiracy theories will keep afloat in the public domain the way they have done over the past 34 years”.

Palme’s three sons described the conclusion as “convincing” but said they were “disappointed that conclusive forensic evidence cannot be presented”.

Their mother Lisbet, herself grazed by a second bullet in her husband’s assassination, died two years ago. She identified another man from a line-up as the killer but his 1988 conviction was overturned.

Engström was named “Skandia man” in Sweden after the insurance company where he worked, located near the site of the shooting. For years he claimed he was an eyewitness to the killing, leaving his office after working late. Police lost interest in him although his timings for the evening did not correspond with the timecard he stamped on leaving the office. He was also wearing clothes similar to those reportedly worn by the gunman and had access to firearms.

Two decades too late, the chief prosecutor said on Wednesday these were all crucial pieces of circumstantial evidence. In addition, he said, Engström moved in circles critical of the Social Democrat prime minister, who was loved and loathed in Sweden for expanding the welfare state and attacking what he saw as US and USSR warmongering.

“How he acted was how we believe the murderer would have acted,” said Mr Petersson.

Contrary to Swedish media reports, the chief prosecutor said he had neither the murder weapon nor new forensic evidence. Two years ago a Swedish magazine conducted its own lengthy investigation and reached the same conclusion about Engström, who took his own life in 2000.

His ex-wife was questioned by police in 2017 and told them he was “too much of a coward” to have been the killer “He wouldn’t hurt a fly,” she told the Expressen daily in 2018.

Sweden’s Social Democrat prime minister Stefan Löfven said Wednesday was a “day full of emotion” and that, despite public anger, it was “not the government’s place to judge prosecutors’ conclusions”.

While some Swedes want a commission of investigation into the affair, others are frustrated, if resigned, that they will never achieve closure over the now closed case.

“This is an anti-climax and an embarrassment because we expected a conclusion and all we have now is more suspicions,” said Lotta Lundberg, a Swedish novelist and commentator. “It’s outrageous really and I’m only glad that Engström didn’t have any children.”