Sicily firefighters suspected of starting fires to get work

Volunteers paid €10 an hour when called in off-duty 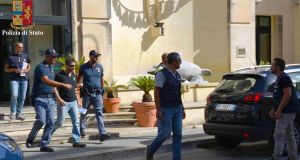 Davide De Vita, head of a group of 15 volunteer firefighters, being arrested for starting fires in Sicily. Photograph: EPA/State Police of Ragusa 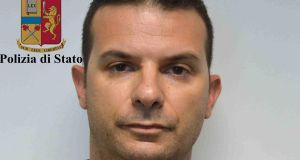 Davide De Vita, the head of a group of volunteer firefighters. All 15 firefighters admitted having being involved in the fraud. Photograph: EPA

Fifteen firefighters in Sicily are suspected of deliberately setting fires or having friends or family call in false alarms so they could be called to work and earn money, police have said.

The 15 firefighters are volunteers, but when called in off-duty they receive €10 an hour in compensation from the Italian government.

“Compared with 40 interventions from one squad, these volunteers were doing 120, sparking grumbling among some and the desire to join them by others, so they could get more money,” Mr Ciavola said in a statement.

One of the 15 was put under house arrest.

Police said sometimes the suspects called the national phone number for fire emergencies; other times they enlisted friends or relatives. The suspects also allegedly set fire to rubbish containers or land in the countryside.

Mr Ciavola said the suspects were so greedy, they became careless, using their own phones to report fires.

On other occasions, he said, relatives and friends used the same phone number to call in fires, but gave operators different names.

“With the complicity of the other volunteers, while on duty, with his own car, he left the fire station to set a fire or call in a false alarm, then went back to the station and waited for dispatchers to order them to fight the blaze,” Mr Ciavola said.

Investigators contend the scheme occurred from 2013 to 2015.