Groupthink exposed in prosecution of Dutch doctor in euthanasia case 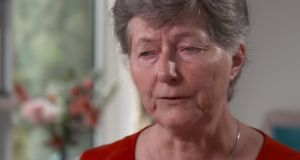 Dr Marinou Arends, who was at the centre of a controversial euthanasia case. Screengrab: Nieuwsuur

The Covid-19 pandemic has given us an uncomfortable insight into our own hypocrisy: not least the way in which we’ve suddenly found remarkable value in the work of nurses and care staff, many of whom, when they’re not saving the lives of our loved ones, can barely make ends meet.

There was a striking variation on that theme of human value in the Netherlands last week when a doctor pursued by the legal system for the past four years for doing no more than making the hard judgments expected of her finally stepped from the shadows, totally exonerated.

The story of Dr Marinou Arends is a shocking example of groupthink. A geriatrician, just now retired, she waived her entitlement to court-granted anonymity to identify herself publicly as the doctor charged with murder after administering euthanasia to a 74-year-old patient in 2016.

The case became a cause célèbre when questions were raised about whether the patient, who had advanced Alzheimer’s, had actually given her permission when confronted with the procedure – or had recoiled at the last moment.

The patient, whose mental state had been progressively deteriorating, had made clear to Arends personally, and in a living will, that when she could no longer look after herself at home, she didn’t wish to be sent to subsist indefinitely in an institution.

At that point, the patient said, given her worsening condition, she favoured euthanasia – which is legal in the Netherlands in tightly controlled circumstances.

Life is rarely that clear-cut, however.

Early in 2016, the patient was, despite her express wishes, moved to a home, where, in the opinion of Arends, of a second geriatrician, and of her son-in-law, she was deeply distressed to the point of “suffering unbearably”, as the second doctor put it.

The problem for Arends was that now when she attempted to respond to that distress by saying something like “Would you like me to help you to die”, the woman simply looked bewildered and said “Not yet” or “That’s going a bit far!”

“I could tell from the look in her eyes that the connection was gone; she just didn’t understand any more,” Arends said in a TV interview that gripped the country.

“On the other hand, I knew that she was in terrible distress and that she could continue like this physically for a long time.”

As a result, on April 22nd, 2016, seven weeks after the patient had been admitted to the nursing home, Arends performed the euthanasia procedure.

Before she did so, however, she gave the patient a sedative in a cup of coffee to prevent her feeling panic – something which subsequently became highly controversial.

And some seconds after the lethal drug had been given, the patient appeared to try to sit up, and had to be gently held back by her son-in-law – a second element seized upon later as inappropriate.

Euthanasia is not something inflicted on a patient; it is a choice. So a mild sedative to steady the nerve, while it may be unorthodox, is not unusual. A patient responding reflexively to the procedure by trying to sit up, or even speaking briefly, is not unusual either.

In this particular case, however, the story became public, outrage begat outrage, and Arends was charged not with malpractice but with murder.

According to the public prosecutor’s department, she was charged essentially because the law needed to be clarified.

The Dutch medical board considered the case and gave Arends a formal censure. As is typical of groupthink, nobody cried halt.

“I’d been a doctor all my life; I didn’t even know this was possible. Suddenly, at the end of my career, I was facing prison,” Arends said.

Only when the case reached the high court did critical thinking kick in and the tables turn in Arends’s favour. The court ruled that she had not broken any laws, had not been negligent – and had, in fact, “acted in the patient’s best interests”.

And when the prosecution appealed that decision to the supreme court in April, the court’s judges not only upheld the high court decision, but tore up the medical board’s professional censure as well, ordering it removed from her record without debate.

All too late, of course.

Here was a case that seemed to place no value on the fine judgments involved in life and death – and none either on Arends’s lifetime of experience.

As Covid-19 teaches us every day, patients’ lives matter – and patients’ deaths matter every bit as much. Human value, as history teaches us, is unfortunately in the eye of the beholder.