Germany to ban use of glyphosate weedkiller from end of 2023 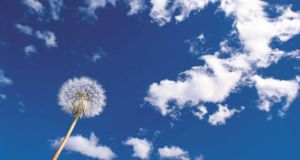 The German government will ban the use of controversial weedkiller glyphosate - the subject of US lawsuits over claims it causes cancer - from the end of 2023, two government sources said on Wednesday.

Germany’s move comes after Austria’s lower house of parliament in July passed a bill banning all uses of glyphosate and after some 20 French mayors last month banned it from their municipalities, defying the government.

Glyphosate-based herbicides have been in use for more than 40 years and are the most commonly applied weed control products in the world.

Glyphosate was developed by Monsanto under the brand Roundup. It is now off-patent and marketed worldwide by dozens of other chemical groups including Dow Agrosciences and Germany’s BASF.

Concerns about its safety emerged when a World Health Organisation agency concluded in 2015 that it probably causes cancer.