Germans split over their own Good Friday ban – on dancing

A survey shows a slim majority in favour of retaining ban – but is the dam breaking? 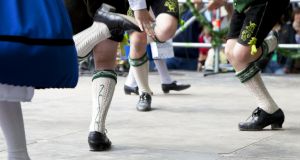 But, given the sweet taste of forbidden fruit, heathens across the country are coming out of the woodwork to test the limits on the ban.

Leading the way is Catholic Bavaria, where several cities have planned parties under the motto “Heathen fun over hell torment”. Not everyone is amused.

Germany’s Good Friday Tanzverbot originally banned dancing on religious holidays as well as during Lent and Advent. The ban, formalised during the two World Wars, was always a reliable barometer of how the war was going. After the Nazis marched into Paris in 1940, authorities turned a blind eye or limited the dance ban to “corrupting” dances such as swing or tango. After the 1943 defeat in Stalingrad, a total public dance ban was imposed until the war ended.

Today a total dance ban on Good Friday exists in 12 of Germany’s 16 federal states, with the others imposing a partial ban. Berliners are banned from dancing between 4am and 9pm on Friday; Hamburg, for reasons best known to itself, allows Good Friday dancing between midnight and 2am. Some states are particularly thorough, banning not just dancing but also moving house and chess tournaments.

Although a YouGov survey shows a narrow majority of Germans – 52 per cent – still favour the Good Friday ban, it seems the dance dam has broken.

In November Germany’s constitutional court lifted a ban on Munich’s “Heathen Fun” party, originally imposed in 2007. The ban was disproportionate, judges ruled, because the humanist party fell under freedom of expression with its “atheist film programme” and “free spirit dance floor”.

After a decade-long legal battle, organisers are planning a big relaunch today in Munich, with a chocolate buffet and the band Smart and Handsome able to sing 36 songs in four minutes.

To gain entry, partygoers must sign a statement at the door confirming their humanistic worldview, and that “even the slightest rhythmic twitch of their body at the Heathen Fun party is an expression of this world view”.