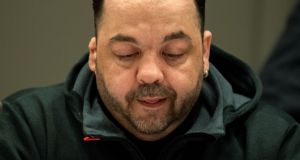 On Thursday his daughter listened as her father’s former nurse, Niels Högel, was found guilty of murder in 85 cases, including that of her 64-year-old father.

The nurse, considered now Germany’s most prolific serial killer, killed Johann Wehrenberg like most of his victims: with an injection of the heart medication causing cardiac arrest. Prosecutors say the nurse liked to be the centre of attention, rushing to “rescue” patients so often he earned the ward nickname “Reanimation Rambo”. Not every reanimation succeeded.

Thursday’s life sentence without parole – on top of two previous murder convictions in 2015 – closes the criminal case against the killer, but leaves unanswered questions about how, despite many warnings, his killing spree continued.

For Andrea Wennecker, in court for every day of hearings, the case was a “roller coaster of feelings”.

“We are very happy we have gotten this behind us now,” she said in the western German city of Oldenburg.

This second criminal case against the nurse arose from evidence turned up by the first case in 2015. Subsequent autopsies on more than 130 bodies, exhumed in Germany, Poland and Turkey, found traces of unprescribed medication. The true death toll may have been higher, investigators said, but other bodies of former Högel patients had been cremated.

After he was found guilty of murder in 85 cases, and acquitted in 15 other cases, the 42-year-old told relatives of his victims: “I hope you find peace through this verdict. Regret and shame are my companions now.”

A psychological assessment in April found Högel, though fit to stand trial, suffered from personality disorders including a lack of shame, guilt, regret and empathy.

He worked as a nurse in two clinics, in Oldenburg and Delmenhorst, and during the trial admitted to killing 43 patients. He was so prolific that, in other cases, he claimed to have no memory of them.

“Your deeds are indescribable and so many that human understanding capitulates beneath the sheer number,” said Judge Sebastian Bührmann in his closing remarks.

Working through the deaths with the former nurse, the judge said he had “felt like a bookkeeper of death”.

Had this trial been in the US – where murder sentences are added together instead of running concurrently – the judge said the nurse would have faced 1,275 years in prison.

Looking beyond the killings, Judge Bührmann had harsh words for the management of the two hospitals where the nurse worked. Rather than investigate concerns flagged by Högel’s colleagues, about the high rates of reanimations and deaths on his shifts, management adopted an approach of “denial and cover-up”.

“Some of the fog that lies over this trial cannot be lifted, that fills us with a certain sadness,” he added.

Andrea Wennecker said she was sad but satisfied by the verdict.

“This is the last thing we could do for our relatives,” she said. “We gave everything for a just penalty, we did it for our papa.”

1 Coronavirus: More ‘striking’ evidence BCG vaccine might protect against Covid-19
2 Coronavirus Q&A: What new powers have the gardaí been given?
3 Coronavirus: Doctors fear Covid-19 yet to peak in the State as ICUs near full capacity
4 This time, the future of the euro really is at stake
5 Meet the Irish woman leading New Zealand’s Covid-19 response
Real news has value SUBSCRIBE