Five things that the EU can do better

What has the EU done for us, apart from decades of peace, freedom to work, travel, trade and study across the continent? And don't forget budget air travel 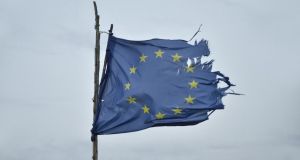 1 It has a mental block

The EU’s greatest flaw is not structural but mental. A siege mentality often prevails, which knows only friend or foe, obsequious true believer and heretic. By casting out well-meaning critics bearing timely warnings, the EU has become its own self-perpetuating crisis and euro skeptic facility.

Of course the stifling of dissent has been aggravated by other factors: the Boris Johnson school of Pinocchio journalism; and the anger of Brussels officials at being blamed for (bent banana) regulations commissioned – and later disowned – by national governments. Thanks to the EU you can trace back the origin of your meat, but not political cock-ups.

It’s easy for national politicians to blame Brussels when their voters don’t know the difference between the European Commission (Brussels civil servants), the European Council (member state ministers and leaders meeting in Brussels). Another problem: when the EU explains itself – online, in brochures or on the side of its headquarters in Brussels – it has a whiff (at best) of special pleading or (at worst) Soviet propaganda. The best way to understand the EU is to take it out of the hands of interested parties and place it in the hands of teachers, and the minds of young Europeans: offering EU history and civics classes as is already standard practice in Finland.

3 It's fixated on detail

Through accident and design the EU – Brussels and national governments – over-regulate the small things they can agree on and under-regulate the big things they can’t agree on. Really, do you care about light bulbs or security? But governments won’t agree on big issues at EU level if voters don’t pressure them to do so. And to do that citizens have to understand why it’s more effective to pool sovereignty on big issues – job creation, migration, environmental protection – that can’t be solved nationally.

4 We don't know its plans

Like Doctor Who, the EU has changed its face many times, but citizens remain in the dark about where the union’s political ambitions will – or should – end. An uncertain fate awaits the post-Brexit EU: do you want more integration, a return of responsibilities to member states, or a combination of both?

Would you prefer your EU neo-liberal or left-wing? These are the debates of the next years, and affect everyone whether you get involved or not.

5 The moderates are silent

The EU aggrieved and enthralled are the loudest. The moderates – former Erasmus students or business owners trading on the single market who benefit and take it for granted – are silent. The EU’s shy moderates are the key to its survival after a euro crisis that was as much a crisis of empathy as finance. When you stop seeing your neighbour’s concerns, because you ignore EU news, inhabit a social media bubble or have never learned their language, then you are ripe for the populist rat catchers.