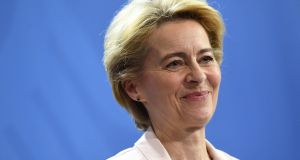 The European Commission has launched infringement proceedings against the UK for failing to nominate a new commissioner for the duration of its extension of membership.

The UK authorities have until Friday, November 22nd to respond before the next stage of the process is launched to provide their views. The short notice is justified because it is hoped that the new commission will start its work on December 1st.

The UK told the president-elect of the European Commission in a letter on Wednesday night that it does not intend for the duration of its general election campaign to nominate a British commissioner to join the EU’s new executive. It is legally required to send a representative for the duration of its membership extension and the commission considers that the UK is now in breach of its EU treaty obligations.

President-elect Ursula von der Leyen had written to British prime minister Boris Johnson twice asking him to make the nomination that the EU leaders had made clear was a condition of the latest UK extension.

“This further extension cannot be allowed to undermine the regular functioning of the Union and its institutions,” the recent summit declaration said. “The United Kingdom will remain a member state until the new withdrawal date, with full rights and obligations in accordance with Article 50 TEU, including the obligation to suggest a candidate for appointment as a member of the commission.”

Lawyers in the institutions are concerned that the new commission may not be legally constituted without a member from each of the 28 states and that decisions made by it may be legally vulnerable. As the “guardian of the treaties”, the commission feels it has no alternative but to take the infringement proceedings or face claims against it of dereliction.

But the new commission is expected to take office anyway ahead of the court hearing of the infringement proceedings. These are likely to take months and will quickly become moot when the UK actually leaves the EU.

A spokeswoman for Ms Von der Leyen pointed to Mr Johnson’s letter’s assurance that the UK does not intend or wish to stop the EU proceeding with the formation of a new commission at the earliest possible moment, and “stands ready to co-operate to enable this to be achieved”.

In reply to Ms Von der Leyen, Mr Johnson had said that election “purdah” rules issued by the cabinet office made an appointment now impossible – he quotes the rulebook which says that the “UK should not normally make nominations or put forward candidates for senior international appointments (including appointments to European institutions) until after the election”.

EU diplomatic sources say the rules are merely a convention and point out that the British government had the opportunity to make the nomination ahead of the formal calling of the election.

Meanwhile the European Parliament on Thursday concluded hearings on the three commission nominees, from Romania, France and Hungary, who have been picked to replace the three candidates previously rejected by MEPs which had held up the commission’s start by a month.

Approval of the names is expected on Friday. The process completes the requirement for 27 of the 28 members of the new commission, which is expected to get the nod from parliament in plenty of time to take office on December 1st.