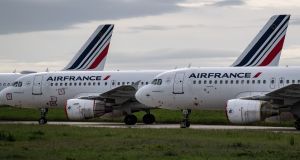 Airlines must give passengers refunds for cancelled flights and cannot force them to accept vouchers instead, the European Commission has said.

The European Union’s executive body had been under pressure to ease passenger rights regulations to allow airlines to withhold cash refunds from passengers by a group of member states and business lobbies concerned about a collapse of the aviation industry due to the coronavirus pandemic.

But the push has failed, and the commission is threatening to move against member states for failing to implement EU law if they fail to enforce passenger rights and hold airlines to account.

“If you have lost your job, if this is your entire holiday budget for travelling that sits in these tickets you cannot use anymore, then you need a refund. And that is why we say this is your right, full stop,” said commissioner Margrethe Vestager.

A letter will be sent to all member states to “ensure respect of passenger rights”, and to outline suggestions to make vouchers more attractive if airlines want more passengers to accept them instead of refunds.

Ms Vestager initially said this was the first step in infringement proceedings, which are taken against member states when they fail to implement EU law, but later retracted this and said such a point had not yet been reached.

France and the Netherlands spearheaded a push to persuade the commission to water down the regulations requiring cash refunds as a series of airlines including Air France-KLM were forced to seek government support to avoid collapse.

A number of airlines including Ryanair and KLM had left passengers awaiting payments as the row played out, as airlines slash jobs and struggle with a backlog of millions of refund requests as the pandemic wipes out demand for flights and grounds the majority of fleets.

The major airline lobby group representing Aer Lingus, Easyjet, Ryanair and many others, hit out at the commission, saying many jobs were at risk and that the cash refund policy had not been designed for a situation of mass cancellations caused by a pandemic.

“We believe refundable vouchers, or a delayed reimbursement, represents a fair and reasonable compromise given the unprecedented liquidity situation airlines are currently facing,” said A4E managing director Thomas Reynaert in a statement.

The commission insists the rules cannot be changed, and suggests that if airlines want fewer passengers to seek cash refunds they should make vouchers more attractive, for example by adding perks or making them redeemable for cash if unused by their expiry date.

“If one can afford to take a voucher or would like to support the businesses by taking a voucher, this can be made attractive,” Ms Vestager said, adding that long delays before reimbursement were “not what is supposed to happen”.

Roughly 15 member states had backed airlines in demanding the rules be relaxed, and as many as 12 are thought to have been allowing airlines to hold off on paying refunds to passengers.

“The commission has taken very clearly the opinion that it is not going to weaken the existing passenger rights that are extremely fundamental.”