1,500 retailers gear up to reopen next week 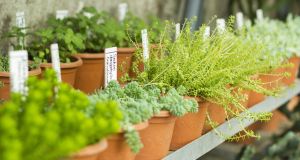 Garden centres and hardware stores are among the businesses permitted to open in phase one. Photograph: iStock

About 1,500 retailers will reopen their doors next Monday as the State moves to the first phase of its plan to reopen the economy, according to figures from a retail lobby group.

But, the cost of reopening will run anywhere from €3 million to €7.5 million for the sector to protect its staff and customers against Covid-19, according to David Fitzsimons, chief executive of lobby group Retail Excellence.

Under the Government’s road map to reopening the Republic’s economy, retail outlets that are primarily outdoor, such as garden centres, hardware centres and farmers markets, can open from Monday 18th. Additionally, homeware stores, opticians, motor and bicycle repair outlets, office product stores, electrical, IT and phone sales and repair stores can reopen.

Mr Fitzsimons suggested that for the hardware stores and garden centres, the bill to reopen would be about €5,000 per store given that they have multiple tills. For the second cohort of stores, the bill will be about €2,000.

“Retail outlets that are small in size with low staff numbers may be well placed to limit and control the number of customers that their staff interacts with on a daily basis thus reducing risk,” the Government said in its road map.

On Monday, builders merchanting group Chadwicks told The Irish Times it had spent more than €200,000 to get ready to reopen its 50 branches to customers next week. Added to the cost of hand-sanitising stations and Perspex screens was the requirement for its employees to complete an e-learning course before they return to work.

While this phase will see hundreds of stores opening, Mr Fitzsimons noted that about 80 per cent of retailers will reopen at phase two, which commences on June 8th.

The guidelines will allow “small retail outlets with a small number of staff” to reopen in the second phase, although the definition of a small store has been omitted. Anecdotal evidence from other jurisdictions suggests that this may open the door for bigger outlets to reopen, but only with a small portion of their stores accessible to the public.

Asked whether it had figures on the volume of stores reopening in the first phase, the Department of Business said it could not provide an estimate “given the range of public health, economic and other factors and uncertainties involved”.

1 In six months we will be in the grip of a 1980s-style recession
2 Angela Merkel sweeps in to save the euro zone
3 Aer Lingus wants quarantine period axed to resume flights in July
4 Chartered Land gets green light for Dublin’s tallest tower on Parkgate Street
5 Google facing $5bn lawsuit for tracking in ‘private’ mode
6 Unemployment rate remains at near record 26.1% in May
7 More than 2m people use website that shows lockdown distance limits
8 Dispute over Perrigo’s €1.64bn tax assessment comes before High Court
9 Pinterest seeks new office for Dublin EMEA headquarters expansion
10 Deloitte expands into cloud computing with deal for DNM
Real news has value SUBSCRIBE