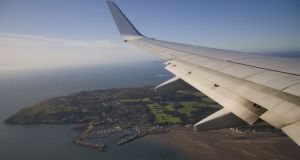 Incoming paper passenger cards would be abolished under the plan for airports.

A radical overhaul of security at Australia’s international airports is the first step towards the government’s goal of automating 90 per cent of air traveller processing by 2020.

The Department of Immigration and Border Protection will start moving towards a “contactless” system for arrivals this year, Fairfax reported on Sunday – the most ambitious stage of the Seamless Traveller initiative announced in 2015.

Incoming paper passenger cards would be abolished and manned stations would be replaced by electronic stations and automatic triage.

Passengers would not need to show their passports, instead being processed by biometric recognition of their faces, irises and/or fingerprints.

Under the new system, the existing SmartGates that scan passports electronically – introduced less than 10 years ago – would be retired.

A spokeswoman said automated processing technology provided a simpler process for travellers and enabled the Australian Border Force to meet the challenges of increasing traveller numbers “while maintaining the security of our border”.

John Coyne, head of border security at the Australian Strategic Policy Institute, told Fairfax the system could be a world-first.

The intention was to streamline the arrivals process so that international passengers could “literally just walk out like at a domestic airport” using biometric technology.

“Our ability to harness the power of big data is increasing exponentially,” he told Fairfax.

The government aims to have 90 per cent of travellers processed automatically, with no human involvement at all, by 2019-20. But how that will be executed remains to be seen.

“The department is asking tenderers to provide innovative solutions to allow arriving travellers to self-process,” a spokeswoman for immigration said in a statement.

“The department has not therefore defined the specific solution or how it will differ from existing arrivals or departures SmartGates.”

Fairfax reported the department wants to trial the technology in July at Canberra airport, which handles limited flights to New Zealand and Singapore, before introducing it at a major airport in November.

The rollout would be complete by March 2019.

Asked how confident the department could be of meeting those deadlines when “the specific solution” had not yet been decided, the spokeswoman pointed to the success of the SmartGates.

“This target is already routinely achieved in some international airports in Australia with departures SmartGates. The department has robust contingency arrangements in place should system errors affect passenger movements and processing,” the spokeswoman said.

Just under $94 million (€66 million) to be spent over five years from 2015 was budgeted for the Seamless Traveller project of “next-generation automatic biometric processing at major air and sea ports”.

In a 2015 statement the immigration department said: “Biometric capability will reduce manual processes, allowing a fast, seamless self-processing experience for up to 90 per cent of travellers and enable border control officers to concentrate on passengers of interest.”

At the time the immigration minister, Peter Dutton, said the new system would benefit travellers and industry “while meeting national security challenges head on”.

Forty-million air and sea travellers were processed by the Australian Border Force in the 2015-16 year.

In May, Michael Pezzullo, the secretary of the department, told the CIVSEC Border 21 conference in Melbourne that improved technology permitted those systems to be reimagined.

“In our future operating model, we will seek to build ever less intrusive, more seamless and faster processing processes and systems for the legitimate and law-abiding majority of travellers and traders,” Pezzullo said.