Children at risk of violence, sexual abuse and poor nutrition without return to education 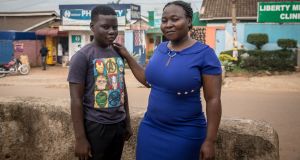 The United Nations has called for African countries to find a way to open schools safely, warning that children are at increased risk of violence, sexual abuse, poor nutrition, and decreased earnings for the rest of their lives if they don’t return to education quickly.

Out of 39 surveyed African countries, the World Health Organisation found that schools are only fully open in six. About 12 more plan to begin again next month, though Kenya has shut classrooms until 2021. Online classes are almost impossible for the vast majority of African children, because of problems accessing the internet.

“We must not be blindsided by our efforts to contain Covid-19 and end up with a lost generation. Just as countries are opening businesses safely, we can reopen schools,” Dr Matshidiso Moeti, the WHO regional director for Africa, said in a press conference on Thursday.

“Schools have paved the way to success for many Africans. They also provide a safe haven for many children in challenging circumstances to develop and thrive.”

In Uganda alone, 15 million children have been out of school since March, and social workers have reported a steep rise in reported child abuse cases during that period. The Irish Times has also documented a rise in child labour.

“I am very much concerned with kids being out of school, particularly as government social workers are reporting increased rates of teenage pregnancy, child neglect, and abuse,” said Michelle Elle, Uganda director of the 4Children project at Catholic Relief Services.

In Namuwongo, a neighbourhood in Kampala, Otim Calvin Manase (13) said he is missing school and his senior two class, which is the equivalent of second year of secondary school. “I’ve been staying in the house,” he said.

Manase’s favourite subject is geography; he loves hearing about other countries and wants to learn Spanish. He has plans to be an architect when he grows up.

“At school, you learn something new every day,” Manase said. Being away for so long is “scary”. “It has been routine, you go to school every week, but now school is no longer there so it’s hard.”

Manase isn’t receiving any study materials and doesn’t have access to a computer or smartphone. He said he’s still learning to swim, which has been the one thing keeping him going throughout this time, when he’s not helping his family around the house.

His mother, Tusabe Annet, runs a bar, but business has all but disappeared since the pandemic began. She rents the premises and says landlords haven’t stopped rent-collecting, despite what is happening.

Manase is one of three children. “This period has been so stressful because the children are at home, I am not working, so it’s a bad situation that we are in,” Annet said. “Let’s pray that the virus goes away and we go back to normal.”

Like many other Ugandan parents, she is worried about being able to afford school fees once the schools reopen. “It will be a struggle but as mothers we have to bear with that. We have to try and try our best.”

1 Des Bishop apologises to Traveller community for comments in interview
2 One hundred Irish retailers for all your online Christmas shopping
3 Miriam Lord: All test and no trace makes Jack, and heaven knows who else, a very ill boy
4 Varadkar says ‘dumping’ contact tracing problem on GPs ‘unfair’
5 Gym owner plans to defy restrictions and open
Real news has value SUBSCRIBE