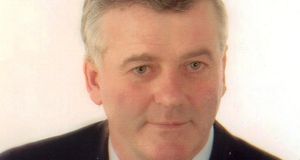 Paudge Connolly is a frequent visitor to Spain where he is a member of a golf society based out of McCafferty’s bar in Cabo Roig.

Paudge Connolly who served as an Independent TD between 2002 and 2007 and is now a Monaghan County Councillor attended the event and sat with Senators Jerry Buttimer and John Cummins.

Spain is not on the Government’s green list of countries, meaning people arriving back from there must quarantine for 14 days.

Mr Connolly has yet to respond to a request for comment from The Irish Times. He appeared on his local radio station, Northern Sound, this morning and apologised for breaking Covid-19 guidelines by attending the Golf Society event in Clifden, Co Galway. However he did not mention his recent arrival back from Spain.

“Yes I did attend the event and yes it was a very severe lack of judgement to have attended that event that evening,” he told The Joe Finnegan Show.

Mr Connolly is a frequent visitor to Spain where he is a member of a golf society based out of McCafferty’s bar in Cabo Roig.

According to a Facebook post by McCafferty’s Cabo Roig, Mr Connolly played golf with the society at the La Finca course on August 11th. Assuming he returned to Ireland that night, he would have been eight days into the mandatory 14-day quarantine period mandated from people travelling from Spain.

Mr Connolly took the “silver winners’ purse” at the match with a score of 77, according to a report of the event which also appeared in last week’s edition of The Leader, a local English language newspaper for the Costa Blanca area.

The administrator of McCafferty’s golf society confirmed to The Irish Times that Mr Connolly played golf there on that date.

3 More than half in North want vote on a united Ireland, poll finds