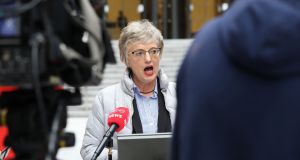 Scouting Ireland is dealing with a major past child sex-abuse scandal that emerged late last year. The number of alleged perpetrators identified in a review of historic abuse has increased to 237, as of the end of last month.

In December, the internal review had identified 212 alleged abusers, and 317 alleged victims. A recent assessment of those preliminary figures revised the number of alleged victims to 313.

Details from the ongoing review, conducted by safeguarding expert Ian Elliott, has suggested information was covered-up and alleged perpetrators were permitted to move between scout groups.

In a briefing circulated to its members, the organisation’s board said it had received a “commitment” from the Department of Children that its State grant would be increased, amid the ongoing scandal.

Privately the organisation has estimated it will need an additional €350,000 to adequately staff its safeguarding office, to ensure child-protection standards are robust.

Some 175 people reported abuse to a helpline set up by the youth organisation, when the scandal first broke in late November; these figures are included in the 313 alleged victims.

The board said all reports to the helpline related to abuse allegations prior to 1998. Previously the organisation said the majority of identified alleged abuse occurred between the 1960s and 1990s.

Scouting Ireland formed in 2004 following a merger of two legacy organisations, the Catholic Boy Scouts of Ireland and the Scout Association of Ireland.

Currently the organisation receives an annual grant of €876,337 from the department. Last year, Ms Zappone twice suspended this funding over governance concerns at the organisation.

Funding has been restored on a preliminary basis, after the organisation’s entire board agreed to step down and was replaced late last year.

In a statement to members, the board said the commitment of extra funding “may be seen as an indication of confidence from the Minister, that we are on the right path in meeting the challenges that have arisen.”

Safeguarding standards have been under scrutiny in the youth organisation for the last year following reports detailing the handling of a 2016 rape allegation, concerning two adult volunteers.

Scouting Ireland is also considering a suite of emergency financial measures, to pay for a compensation fund to provide victims with counselling. Options being considered include an increase in membership fees.