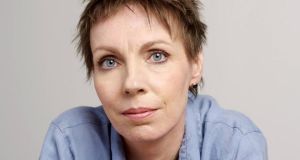 “This is not a good situation to force women into when what they need is care. It is deeply wrong,” says Ann Furedi, of PBAS, the British Pregnancy Advice Service

The service is a registered charity and the largest abortion services provider in Britain.

Ann Furedi said she could not comment on the specifics of the case reported in yesterday’s Irish Times.

“They have travel, transport, accommodation costs and the additional stress of having to travel to a different legal jurisdiction to get the care that they need at a time when they are feeling, frankly, pretty awful. I think people forget that.

Lowest emotional ebb
“To be imposing on women, at a time when they must be feeling at their lowest physical and emotional ebb, the need to organise travel, bundling themselves on to Ryanair flights, shleping about Britain, taking time off work, having to leave their families.

“This is not a good situation to force women into when what they need is care. It is deeply wrong,” she said.

More than 95 per cent of the service’s work is funded by the National Health Service in the UK. Women from outside Britain must pay to avail of its services privately. An abortion costs between £400 (€465) and £1,500 (€1,750) depending on how far the pregnancy has progressed.

She said that in the vast majority of cases her organisation’s abortion services are free to women resident in Britain.

Mara Clarke, the founder of the Abortion Support Network in London which provides support to women from Ireland seeking to access abortion, said the women the organisation helped were in “dire financial straits, making huge sacrifices to get the services they need”.

“Recently we helped a mother who fed her three children toast and sandwiches for a month to save the money to pay for an abortion for her raped 17-year-old daughter.

“We helped a woman who needed her car but sold it and cut off her landline to raise the money.

“These are not women with credit cards or overdrafts. These are women who already have nothing, who are going to loan sharks, who are not eating trying to get the money together.”

‘Well over 400’
Since the network was founded in 2008, she said the number of women seeking its help had grown constantly, from 66 the first year to about 200 the second, and she expected the number this year to be “well over 400”.

While nationally in Britain about 2 per cent of abortions were carried out later than 20 weeks’ gestation, about 8 per cent of the women supported by the network had late-term abortions.

“This is because they are raising the money and, of course, the later they have it the more expensive it is and more traumatic.”