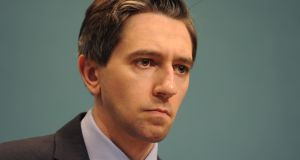 The woman has written a letter to Minister for Health Simon Harris asking him to examine the system of prioritising women on gynaecological waiting lists based on smear tests. Photograph: Aidan Crawley

A woman who was given the all-clear on two smear tests and was subsequently diagnosed with cervical cancer has called on the Minister for Health to examine the system of prioritising women on gynaecology waiting lists based on smear test results, saying the current process is “completely unsuitable”.

In 2016 “Orla” (not her real name)* discovered that two smear tests carried out in 2011 and 2014, which were initially found to be normal, were in fact abnormal based on an audit carried out following her cancer diagnosis in May 2016. She is currently awaiting the results of a scan to find out if her cancer has reoccurred.

In a letter sent to Simon Harris on May 4th, she writes that she was placed on a 15-month-long waiting list because her previous smear test had been normal, despite being referred to Beaumont Hospital with “serious symptoms” at the end of 2015. She then paid to see a gynaecologist privately who identified a tumour.

“You are possibly unaware that public patients awaiting gynaecology appointments are prioritised as urgent/non-urgent based on smear test results,”she wrote. “Therefore, if you have a normal smear you are automatically classified as non-urgent, irrespective of symptoms.

“I am conscious that the waiting lists in Cork are over two years long. Given recent developments, you can appreciate that this process of prioritisation is now completely unsuitable.

“You will be glad to hear that there is a solution which could address this situation,” she continues. “All patients on these waiting lists need to be HPV tested and reprioritised if they are found to have one of the oncogenic HPV strains. It is essential that this process is instigated without delay as I guarantee more women are going to die because of the current system.”

Orla requests in the letter that Mr Harris meet with her to discuss the “CervicalCheck scoping process”, saying she can offer a positive input to the investigation. “I am putting my faith in you to act promptly on this life-or-death issue.”

The letter to the Minister, which was seen by The Irish Times, has not yet received an answer.