New standards to protect adults in social and healthcare settings 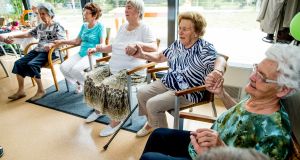 New standards are to be developed for the health and social care sectors to safeguard vulnerable adults and to protect them from physical, financial, emotional or sexual abuse.

The Health Information and Quality Authority (Hiqa) and the Mental Health Commission (MHC) hosted a seminar at the Law Society of Ireland on adult safeguarding on Wednesday.

More than 200 delegates heard that everyone had “the right to be safe and to live a life free from harm”.

Hiqa chief executive Phelim Quinn said the abuses of people with intellectual disabilities at the Áras Attracta facility in Swinford, Co Mayo, had been “a wake-up call” for it as a regulator, for the Health Service Executive and for “the country as a whole”.

He said Hiqa and the commission were developing joint national adult safeguarding standards. Since their establishment, the two organisations have monitored a wide range of health and social care services across the State.

“These standards aim to minimise and prevent the abuse and neglect of at-risk adults. This must surely be our aim, every bit as much as reporting and investigating abuse when it takes place,” Mr Quinn said.

“These standards are just one part of the solution, however. The State must acknowledge its responsibility to protect vulnerable citizens from harm and abuse by legislating for adult safeguarding.”

The seminar heard that inspectors had come across many services that provide “excellent, person-centred care”.

“Unfortunately, however, inspectors have also encountered services where a number of people have been vulnerable to exploitation or abuse of a physical, financial, psychological or sexual nature,” Mr Quinn said.

That scandal had led to the establishment of Hiqa two years later in 2007 as the new regulatory body for residential social services.

“While the quality and safety of care provided in our nursing homes has undoubtedly improved, our inspectors still, to this day, unearth examples of poor-quality care,” Mr Quinn said.

The issues were not unique to services for older persons.

“While many residential services for people with a disability demonstrate a commitment to the rights and wellbeing of their residents, our inspectors frequently have cause to highlight the mistreatment of adults with a disability.

“The abuses experienced by people living within the Áras Attracta facility in Swinford, Co Mayo, was undoubtedly a wake-up call for HIQA as a regulator, the HSE as a the national service provider, and the country as a whole.”

Mr Quinn said the “appalling scenes of abuse” in this centre had led Hiqa to reflect on the way in which it regulated services.

“We decided to place a stronger emphasis on the individual rights of service users, ensuring that the principles of privacy, dignity, respect, equality and autonomy are the central pillars of our work, and indeed are integral to the care delivered to people living in residential services.”

Safeguarding issues continue to be regularly raised by the organisation’s inspectors.

In residential disability services, these include issues such as a poor physical environment, inappropriate use of restrictive practices, a failure to assess social care needs, insufficient staff and a lack of meaningful activities.

In older person’s services, inspectors also frequently identified failings in terms of contracts of care, financial abuse and the absence of Garda vetting.

Mr Quinn said that in recent years the Government’s approach towards people who may be at risk had been “commendable”, and was “moving in the right direction”.

“Notwithstanding these positive developments, legislation that acknowledges the State’s responsibility to protect its vulnerable citizens, and to address cases of abuse and neglect, is still lacking,” he added.