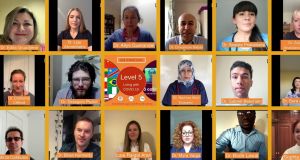 A multilingual video messaging service featuring the voices of international doctors, nurses and teachers based around Ireland will launch this week offering translations on health, education and other social services information to the Irish migrant community.

The Translate Ireland videos, which will be available online from this Thursday, seek to build “greater efficiency” in how important social services messaging is disseminated among the State’s growing migrant population, says co-founder Graham Clifford who also leads the Sanctuary Runners charity.

According to the 2016 census, more than 86,600 people in Ireland speak English “not well” or “not at all”. The 2016 census also revealed 612,018 people spoke a foreign language at home. Polish was the most common language followed by French, Romanian and Lithuanian.

Videos offering information on mental health supports, the flu vaccine and cervical check screening have been commissioned in eight languages so far with with many others in the pipeline, says Mr Clifford who set up the service with his wife, Cork-based GP Dr Catherine Clifford.

The launch of Translate Ireland follows the success of the Covid-19 World Service programme which was established in May to translate information on Covid-19 advice and restrictions.

The world service series, led by the Together Ireland Initiative and the Migrant and Refugee Rights Centre (Nasc), featured public health messages from doctors, nurses and healthcare professionals translated into 40 different languages. Some 400 of these videos have been made to date and have been viewed about 60,000 times with the project more recently offering information on back-to-school, flu vaccines and mental health.

Mr Clifford says the video service could also play an important role in informing Ireland’s migrant community about the Covid-19 vaccine once it becomes available.

“If this pandemic has shown us anything it’s that we are all interconnected and so it’s vital everyone in this country has access to the same important information regardless of the first language they speak,” said Mr Clifford. “With our video messages, information can be shared at the press of a button with videos being sent on smartphones.”

Mr Clifford fears many State translations of health and education services are posted online in places where migrants may not know to look for this information. Messages written in text also presumes a certain literacy level, he added.

“There isn’t much point in having a health flyer in Russian if the person doesn’t know how to find it online and their literacy level of Russian is poor. This way the messages are delivered in a clear carefully written way, in a language the recipients understand from a trusted source.”

All scripts used for videos on the site are approved by the Irish College of General Practitioners, he added.

Contributors to the Translate Ireland video series include an Eritrean consultant cardiologist in Co Waterford, a Hungarian GP in Co Longford, Filipino and Indian nurses from Cork University Hospital, a Brazilian surgeon in Dublin, a French psychiatrist in Co Wexford and a Spanish special needs assistant in Co Meath.