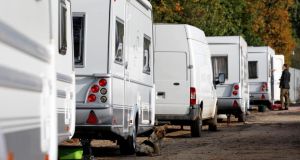 Ireland’s continued denial of Travellers’ ethnic-minority status and the lack of non-denominational schools were challenged by the UN Committee on Human Rights yesterday.

Committee member Victor Manuel Rodriguez-Rescia, from Costa Rica, told the Irish delegation that the committee recognised Irish Travellers as an ethnic minority. “The committee requests the State to take steps to see to it that this group is recognised as an ethnic group. This is not a new request,” he said, pointing out it had also been sought by at least four other international human rights committees.

“Why has this not been done?” asked Mr Rodriguez-Rescia. “Travellers continue to suffer significant challenges in terms of appropriate housing . . . they have shorter life expectancy, high infant mortality and, particularly troubling, a high rate of suicide. All of these suggest the State should take strong, affirmative actions to support this minority group.”

It was encouraging that the Government acknowledged the need to reform the school system but the committee was concerned about the pace of change.

He asked Ireland to explain “what would be the fate of children of parents” with no religion and “not offered non-denominational education”.

Layla de Cogan Chin of the Department of Justice, said there was no obstacle to the establishment of non-denominational schools if there was sufficient demand. She said no child had to remain in class for religious instruction.