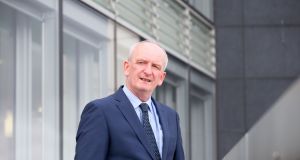 Tusla, the Child and Family Agency, has become “overly defensive” and the structure of the organisation is to be reviewed to allow for better decision making at local level, the agency’s new chief executive has said.

The agency has faced several controversies since it was set up in 2014 and “had somewhat understandably become overly defensive” its chief executive Bernard Gloster told an Oireachtas committee.

The structure of Tusla was based on a model that had been “abandoned” by the Health Service Executive, with 17 areas supervised by four regions and a national office, he said.

“I think we have to examine critically what is the best geographic model to deliver Tusla,” Mr Gloster told the Oireachtas committee on children and youth affairs on Wednesday.

“In my view it should be a flatter structure”, overseen by a national office that took a “performance management” role, Mr Gloster said.

At present there was a tendency for individual cases to be “escalated disproportionately” up to national level, and decision-making needed to be made closer to ground level, he said.

Mr Gloster was appointed to head the child protection agency in late June. Previously he was the chief officer of the HSE Mid-West.

Tusla has been beset with difficulties both in hiring and retaining social workers and has come in for criticism due to its over-reliance on agency staff. This year the organisation will spend €32 million to employ 677 agency staff, the committee heard.

The organisation now plans to convert “a substantial number” of those agency workers on to temporary 12-month Tusla contracts, Mr Gloster said. Two-thirds of the 677 agency workers will be offered contracts, 130 of which would be in administrative roles supporting frontline services, the committee heard.

The move would save money on agency spending and “stabilise” the organisation’s workforce, Mr Gloster said.

Sinn Féin TD Kathleen Funchion said she did not “have a huge amount of confidence in Tusla as it exists,” adding she felt it was a “very toxic organisation”.

In response, Mr Gloster said he “didn’t dispute the general thrust” of her comments, and said he would have a “short fuse” for anyone within Tusla who attempted to obfuscate when politicians or members of the public looking to raise concerns or issues.

When Tusla was formed as an agency outside of the HSE there was a perception it would be a “panacea” for all the difficulties facing social services, he said.

“The expectation when Tusla was set up was maybe overstated,” and restoring public confidence in the under-fire agency would be a “slow process,” Mr Gloster said.

Tusla also has responsibility for regulating childcare services and its oversight role came in for criticism following a recent RTÉ Investigates documentary which exposed shortcomings in a Dublin creche chain.

There were 595 childcare providers with conditions attached to their registrations by Tusla and serious non-compliance with standards at 41 providers, the agency’s director of quality assurance Brian Lee told the committee.

If Tusla received concerning information about a creche its inspectors could be on site the next day or the same afternoon “if we are very concerned,” Mr Lee said.