Decision by Workplace Relations Commission is being appealed by Government body 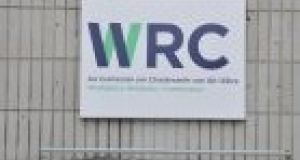 A Government agency has been ordered to pay €2,500 to an asylum seeker over its refusal to issue the Pakistani man with a learner driving licence.

At the Workplace Relations Commission (WRC), adjudication officer Jim Dolan found that the asylum seeker suffered indirect discrimination under the Equal Status Act as he was “being asked to produce documentation that it was impossible for him to obtain”.

Mr Dolan stated that the asylum seeker had proved his identity beyond any degree of doubt to the Government agency.

The man at the centre of the case has lived in Ireland since June 2015, lives in Kildare, Co Kildare and is married to an EU national.

The man was legally represented in the case by the Irish Human Rights and Equality Commission (IHREC).

The man applied for and was granted a self-employment permit in March 2018, following the landmark ‘NHV’ Supreme Court decision which found that an indefinite ban on asylum seekers applying for work was unconstitutional.

The man started work as a delivery man on his bike and he subsequently applied for a learner driver permit to the National Driver Licence Service (NDLS) to enable him to increase his income by using a car for work rather than his bike.

In applying for his learner driver permit, the man had provided his asylum seeker’s Temporary Residence Certificate, his public services card, a copy of his passport and his permission from the Minister for Justice to access the labour market, which included his address here.

However, his application for a learner permit was refused by the NDLS on the grounds that he had failed to produce either a Stamp 4 GNIB Card or an EU passport to establish that he was ‘normally resident’ in Ireland.

In the case, the Government agency argued that the refusal to issue the learner driver licence didn’t amount to discrimination as it does not accept that it acted in any way in breach of the Equal Status Act as alleged, or at all.

As part of his ruling, Mr Dolan has instructed the NDLS to process the man’s application for a learner-permit.

The man at the centre of the case welcomed the WRC outcome.

He said: “The decision by the WRC has come like a shining star in my life. It feels like I am a normal human like others. I wouldn’t have to wait for the buses for hours and hours to reach to my work place anymore.

He stated: “A simple driver’s licence would bring a very great change in my life in a positive way by allowing me to move freely.”

However, the decision has now been appealed by the Government agency and the man revealed that when he went to the local office to have his driver’s application processed following the decision, he was dismayed to be refused once again.

He stated: “I was so happy about this decision but then when I went to get my licence I was devastated to be again refused. How can I hope to earn enough for my family if I can’t use a car for my work?

He added: “I really cannot understand how the State can say they are happy for people to seek work, but then block their way by the denial of such a basic thing as a drivers licence.”