Simon Harris: ‘nothing to fear’ from public services card 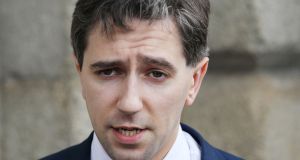 Minister for Health Simon Harris: said he genuinely believed the public services card was a good idea and that it was “very important that this doesn’t get distorted or misrepresented as something that it’s not”. Photograph: Stephen Collins/Collins

Minister for Health Simon Harris has said people have nothing to fear from the public services card and that it exists merely to ensure people can claim their entitlements from the State.

The card has come in for scrutiny from privacy experts, civil rights groups and from advocates for the rights of older people after The Irish Times reported last week that a woman in her 70s had had her State pension cut off because she refused to register for the card.

She said she had felt “bullied” by officials. The total pension withheld is worth about €13,000 over the last 18 months.

The card contains data such as a person’s Personal Public Service (PPS) number, their name, date of birth and a photograph. The Government has a target to have 3 million cards issued by the end of the year.

It recently became a requirement for those applying for the driver theory test and will soon be required by anyone applying for a passport or driving licence, including renewals.

Speaking in Dublin on Tuesday, Mr Harris said he genuinely believed the public services card was a good idea and that it was “very important that this doesn’t get distorted or misrepresented as something that it’s not”.

Asked if he believed the Government should re-examine the roll-out of the card in light of concerns raised by civil rights groups and also by the Data Protection Commissioner, Mr Harris said: “I genuinely believe the public services card is a really good idea, I really do.”

He said the card made it convenient for citizens to access public services and also protected citizens and the State from anybody wrongly claiming any entitlement funded by the taxpayer.

“I think the idea that we would all have a form of identification that we can use to reassure, and to ensure that the social protection system knows we are who we say we are, I think is quite common sense, in fact.”

Mr Harris said it was “certainly not” a national identity card and did not have any characteristics that would make it such.

“I don’t think people should fear it or have any reason to fear it. This is a tool to safeguard people to make sure that that person gets their entitlement and not somebody else wrongly trying to get it on their part,” Mr Harris added.

The Data Protection Commissioner has “strongly conveyed” its views to the department on numerous occasions that there was “a pressing need for updated, clearer and more detailed information” to be communicated to the public about the mandatory use of the PPS number and the public services card for the provision of public services.

Also speaking on Tuesday, solicitor Simon McGarr, an expert in data protection law, said there did not appear to be a “lawful basis” for making it compulsory for people to obtain the card.

Mr McGarr said there appeared to be a “compulsion being levied on individuals, frequently some of the most vulnerable people in society” that was forcing them to get one of the cards, which critics claim represents a national ID card being introduced by stealth.

Mr McGarr also expressed concerns about the use of the photograph on the card as part of a biometric database.

The department said it had “never piloted or used facial image scanning cameras in its local offices and has no intention of so doing”. It also rejected Mr McGarr’s claim that it would introduce a registration system involving the collection of fingerprints.

It said it did not have any plans to collect fingerprints.

An elderly man had his household benefits and free travel cut off by the Department of Social Protection because he refused to register for a public services card.

The man, in his late 70s, wrote to then minister Joan Burton in 2015 after he received a letter inviting him to attend an appointment and to bring a number of documents to prove his identity.

“I did not avail of this invitation as I have been registered with the Department of Social and Family Affairs since 1958 and have resided at my present address for 20 years,” he wrote.

“I saw no reason for me, being in my 75th year of age, to attend, when all that was needed was a photograph to be supplied with my current Free Travel Pass.”

The man told the minister the invitation had included “a number of implied threats if I did not attend for registration”.

“This is something I felt should not be coming from a Government department and could be construed as ‘bullying’,” he added.

The man said he had received his free travel pass from the department on the very day that he reached his 66th birthday and had not applied for it.

So in that year, the department knew where he resided.

The man attached a copy of the relevant sections of the Social Welfare Acts relating to the verification of a claimant’s identity, pointing out that the minister was not prevented from using other means of authenticating a person’s identity.

Following subsequent correspondence with officials in the department, it wrote to the man twice in late 2015 to inform him that first his free travel and then later his household benefits package had been cut off.

The department said that if he subsequently registered for the card, it was open to him to reapply for the benefits.

Household benefits paid by the department to those over 70 include an electricity or gas allowance and a free television licence.

The man later wrote to a local TD who tabled a parliamentary question to Ms Burton’s successor, Leo Varadkar.

Mr Varadkar outlined the process for registering for the card and said the process was “the most robust identity registration process in the State” and that it adhered to strict rules.

He said any individual who had challenges attending in person for an appointment due to a disability, or mobility or communications issues should contact their local office to discuss their circumstances.

The man told The Irish Times he had written to newspapers about a year ago pointing out that the position that was being adopted by the department amounted to bringing “national identity cards via the back door”.

“My letter was ignored,” he said.

One report on Tuesday said 10,000 people had had their free travel cut off because they had refused to register for a public services card.