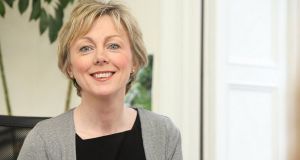 Regina Doherty: “Nobody is required by law to have a card. So, therefore, it isn’t compulsory. But for my department it’s mandatory”

Pressure increased on the Government on Friday over the roll-out of the public services card after Minister for Social Protection Regina Doherty confirmed it was “mandatory” for anyone claiming a welfare benefit to have one.

A civil liberties group and academic lawyers have written to the Government calling for a public debate on whether the policy amounts to the introduction of a national identity card by stealth.

The public services card (PSC) project came under scrutiny this week after The Irish Times reported that a woman in her 70s had had her pension cut off after she refused to register for the card and was owed about €13,000. She said she had felt “bullied” by officials she had dealt with.

Ms Doherty said on Friday the card was now mandatory to access services from the Department of Social Protection, and that other government departments would also make it mandatory.

“Let’s be very clear. Nobody is required by law to have a card. So, therefore, it isn’t compulsory. But for my department it’s mandatory.”

Ms Doherty said she knew people might say she was “splitting hairs” but because of the high value of services provided by her department – amounting to €20 billion a year – a decision to introduce it had been made 12 years ago by a previous government.

The Government believed it was “not too much to ask people” to authenticate their identity so that people could be provided with a “fast and efficient” public service, and so that they could get what they were entitled to.

Some 2.75 million cards have been issued so far, and it has already been confirmed they will be required for all driving licence and passport applications shortly.

The Department of Social Protection said the card did not have any of the typical characteristics of a national identity card.

People were not required by law to provide it to a member of the police force at their request, and An Garda Síochána was “specifically precluded from requesting an individual to produce a PSC as proof of identity”.

In a statement, the Data Protection Commissioner said that while a framework to authenticate identity for individuals availing of State services was “an entirely legitimate government policy choice”, the means of communicating what data was being collected, for what purpose and with whom it may be shared needed to be adequately addressed.

“We have strongly conveyed our views on numerous occasions to the Department of Social Protection and in a number of other fora that there is a pressing need for updated, clearer and more detailed information to be communicated to the public and services users regarding the mandatory use of the PPSN and PSC for the provision of public services,” it said.

Age Action said it was “very concerned” that the new mandatory requirement for the card would lead to more older people losing their entitlements.

The Irish Council for Civil Liberties wrote to Minister for Finance Paschal Donohoe saying there was “ambiguity” about the card, and that it was not clear if other forms of identification were now acceptable for accessing State services.

Fianna Fáil’s Seanad spokeswoman on social protection, Catherine Ardagh, said it was “ essential” that both houses of the Oireachtas were provided with an opportunity to debate and consider the possible human rights implications of introducing a system of national ID cards.