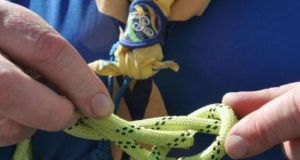 Fergal Lynch, secretary general of the Department of Children, sent a briefing note to senior Department of Taoiseach officials warning that the State “have to be careful in committing to an independent investigation into historic cases of abuse at this time”.

The correspondence from Mr Lynch was sent just hours after Taoiseach Leo Varadkar told the Dáil last November that a statutory inquiry or commission of investigation was under consideration.

The correspondence, released to The Irish Times under the Freedom of Information Act, warned that a State investigation into the historical abuse could risk jeopardising pending criminal cases being pursued by An Garda Síochána.

A recent report by child protection expert Ian Elliott found that child sexual abuse was “tolerated” at the highest levels of former scouting organisations, with the crimes covered up to protect the reputation of the movement.

Scouting Ireland has identified 356 alleged victims of past abuse and 275 alleged perpetrators. The abuse took place in the Catholic Boy Scouts of Ireland (CBSI) and the Scout Association of Ireland, which merged to form Scouting Ireland in 2004.

The report found a “systematic failure” to maintain records on abuse allegations, with senior volunteers keeping abuse case files in their homes, which had limited the scope of the work.

Opposition politicians, such as Fianna Fáil leader Micheál Martin, and survivors of past abuse have previously called for a statutory inquiry into the scandal.

A spokeswoman for Minister for Children Katherine Zappone said the decision on holding an inquiry was still under discussion.

However, “there is consideration to be given as to whether a statutory inquiry would uncover new information”, her spokeswoman said.

“I did speak to many of my clients. The general consensus is that the report doesn’t go far enough, that – and in my opinion as well – a statutory inquiry should be undertaken.”

An inquiry risked a “long, cumbersome, uncertain process”, according to a senior figure involved in the Commission to Inquire into Child Abuse, which examined abuse in clerical-run residential institutions.

Records of allegations and documentation on how cases were handled were the “bedrock” of any such inquiry, but appeared to be lacking from Scouting Ireland’s files, the source said.

An initial “scoping inquiry” to examine whether a full inquiry or commission of investigation might unearth more information than Mr Elliott’s report could be the best option.

The father of child rights’ expert Jillian van Turnhout retained a case file related to child abuse from his time as a CBSI chief commissioner in the early 1990s.

Ms van Turnhout discovered the file in 2018 among old CBSI records her father kept, and passed it to Tusla, the child and family agency.

Her father, Michael Hassett, died in 2015, and would have been “shocked” at the revelations of abuse and cover-up, she said. He “never got a request” to return any files he had to Scouting Ireland.

The youth organisation has since made an appeal for anyone with such records to submit them to its head office in Larch Hill, south Co Dublin.