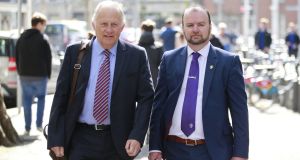 Scouting Ireland is preparing to issue a full institutional apology in the coming weeks to past victims of child sexual abuse in its legacy organisations.

The number of alleged victims has increased since the revelations of the major historic abuse scandal facing the youth organisation emerged late last year.

There are now 321 alleged victims identified, and 247 alleged perpetrators suspected of molesting children.

The alleged abuse took place in legacy organisations, the Catholic Boy Scouts of Ireland and the Scout Association of Ireland, which later merged to form Scouting Ireland in 2004.

It is understood some individuals facing abuse allegations include figures who held senior positions in the legacy scouting organisations.

Forty of the suspected abusers are believed to have assaulted multiple victims, according to an internal review into the past abuse.

The latest figures do not include 70 cases of youth-on-youth abuse, which relate to both the legacy associations, and cases occurring in recent years.

Scouting Ireland is preparing to issue a public institutional apology to victims, according to a report recently sent to Minister for Children Katherine Zappone.

“The aim of this apology is to aid the healing of those who have been hurt through their engagement in scouting,” the report, seen by The Irish Times, states.

The organisation is currently assessing what future financial liabilities it is open to, from the fallout of the abuse scandal.

Safeguarding expert Ian Elliott, who has been advising Scouting Ireland, is also finalising a full report on the historic abuse, looking at past failings, and what lessons can be learned.

The institutional apology is to be delivered by the chair of the organisation’s board Adrian Tennant, when both the financial assessment and Mr Elliott’s report are completed.

Ms Zappone said Scouting Ireland’s intention to make an institutional apology to abuse survivors “is to be welcomed”.

“It is my firm hope that the board of Scouting Ireland will, having learned from the mistakes of the past, continue to strive to ensure that all children involved in scouting activities are fully protected,” she said.

The abuse primarily occurred between the 1960s and 1990s, and there is evidence of some element of a cover-up taking place, and known perpetrators being permitted to move between scout troops.

The organisation is currently funding counselling sessions for survivors of abuse in its legacy bodies, but is not considering a financial redress scheme.

Mr Elliott has stressed the past abuse related to former legacy scouting organisations, which merged to form Scouting Ireland in 2004.

Four senior volunteers on the previous board were embroiled in controversy over the mishandling of a rape allegation, concerning two adult members.

Mr Elliott, who previously worked as the first chief executive of the National Board for Safeguarding Children in the Catholic Church, was initially brought in to review the handling of that rape allegation, which he found to be “deeply flawed”.

1 Covid-19: Two-week quarantine period for arrivals into State could be lifted for some
2 The momentum behind calls to ease lockdown may become irresistible for politicians
3 Trump announces clampdown on social media companies
4 Miriam Lord: Taoiseach is trapped in a Zoom session from hell
5 Starmer hits home with measured attacks on Tory pandemic record
Real news has value SUBSCRIBE