Scouting Ireland now has ‘culture of safeguarding’, says board member

Months after the child sexual abuse scandal, Scouting Ireland is grappling with the fallout 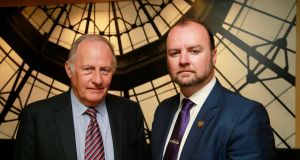 On October 7th last year, the newly elected board of Scouting Ireland met in the Bonnington Hotel in north Dublin for a briefing from child protection expert Ian Elliott, who had been working with the youth organisation since the previous year.

The 10-person board had been elected the day before, after the previous board stepped down over a string of governance controversies, at the request of Minister for Children Katherine Zappone.

In his briefing, Elliott warned those present that an internal review had begun to uncover a substantial number of previously unreported cases of historic child sexual abuse.

“I didn’t hold back. I had my concerns, and those concerns I shared with them … and it was a shock to some, as I don’t think they were expecting that,” Elliott said last week.

Less than two months later, the youth organisation disclosed to an Oireachtas committee it had uncovered more than 100 alleged victims of historical abuse. The figure has since risen to 321 alleged victims, and 247 suspected abusers.

Evidence from the review suggested abuse was covered up, and known perpetrators were allowed move between scout troops.

Adrian Tennant, a Co Wexford man who runs a HR consulting firm, is the current chair of Scouting Ireland’s new board.

“None of us were naive enough to think it could happen in other youth organisations but never in scouting. But the manner and the detail that Ian was able to tell us in those early days … that for us was shock,” he says.

Speaking to The Irish Times, both Elliott and Tennant stress the past abuse related to former legacy scouting organisations, which merged to form Scouting Ireland in 2004.

Four senior volunteers on the previous board were embroiled in controversy over the mishandling of a rape allegation, concerning two adult members.

Elliott, who previously worked as the first chief executive of the National Board for Safeguarding Children in the Catholic Church, was initially brought in to review the handling of that rape allegation, which he found to be “deeply flawed”.

In late March this year the organisation sent Zappone a detailed update on progress reforming its governance.

'People may have had knowledge but not reacted to that knowledge, passed that on, that allowed that situation to continue. Now there is a culture of safeguarding'

“What we have done since we came into office on October 6th, is done everything in an open and transparent way,” Tennant said, noting that this was a change for some of the organisation’s membership.

“It hasn’t always been the way people expected us to act, or the way people agreed with because it wasn’t the way things were done before,” he added.

“I’ve been in situations where you talk to an organisation where, whether it’s the Church or whatever, where sometimes their reaction is they don’t want to hear ... That was not my experience with [this] board,” Elliott said.

Learning from Scouting Ireland’s experience, other youth, voluntary or sporting organisations should consider a review into how young people were treated in their care in the past, he said.

In February, Tusla, the Child and Family Agency, threw the youth organisation into a fresh controversy, criticising its current safeguarding standards and questioning its viability to run overnight camping trips.

Scouting Ireland has since agreed on a schedule of work with the State agency, to address concerns. Both Tennant and Elliott played down any rift between the organisation and Tusla.

“It’s not to say we don’t have differences, but we sit down and we talk about it, and we get resolutions to those issues,” Elliott said.

Scouting Ireland are currently working on a final report on the past abuse, led by Elliott, examining how it happened, and drawing lessons for the future. The abuse primarily took place between the 1960s and 1990s, but some cases date to as early as the 1940s.

The biggest difference in the past culture was people throughout the organisation and scout leaders failing to realise that not acting had consequences.

“It’s the fact that people may have had knowledge but not reacted to that knowledge, passed that on, that allowed that situation to continue. Now there is very clearly a culture of safeguarding,” he said.

However, one worrying current trend was a rise in reported recent cases of youth-on-youth abuse, Elliott said.

“It’s not a problem just for Scouting Ireland. It’s a problem which is evident in schools, in other youth organisations, youth-on-youth abuse is more and more common,” he said. Part of this was down to individuals being better able to recognise these cases, he added.

One issue looming in the background is the potentially massive costs if a large number of alleged victims take civil cases against Scouting Ireland.

The organisation has committed to fund counselling sessions for survivors, with services provided according to individuals’ needs.

“The emphasis for the victim-support programme is healing, what we want to do is facilitate healing for the survivor. Providing them with financial redress may be helpful, but it doesn’t necessarily bring about healing,” Elliott said.

The youth organisation and its auditors are currently attempting to estimate the future financial liabilities arising from the fallout of the abuse scandal.

Scouting Ireland is planning to issue an institutional apology, which is expected to be made in the coming weeks, following the finalisation of those financial estimates.

Tennant said any public institutional apology had to have “currency” and mean something to those harmed.

“For us as an organisation, [it is] making sure our supports are in place before we issue that apology,” he said. “We want to make sure when we do give that institutional apology that it actually means something.”