Hiqa cites concerns over staff recruitment and assessement, and support of foster carers 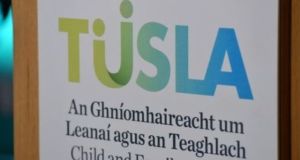 A report by health watchdog Hiqa has found failings in Tusla’s fostering services in the Sligo/Leitrim/West Cavan areas.

Fostering services in the region were inspected over three days in April with a focus on the recruitment, assessment, supervision and support of foster carers.

In the 12 months before the inspection there had been a high level of staff turnover - including several changes of principal social worker and periods of staff shortages - impacting the frequency of visits to foster carers.

Relatives who had children placed with them were not supervised and supported while waiting for assessments to be completed.

In particular, there were significant concerns about the recording, filing and IT systems, as critical information on foster carers was often difficult to establish.

Complaints were not appropriately classified, and key information on foster carers was not readily accessible.

The report found home visits were often not carried out within the required time frames.

Inspectors noted child protection and welfare concerns or allegations about foster carers were not consistently managed and investigated in line with safe care practices and Children First: National Guidance for the Protection and Welfare of Children (2011).

Due to the significant concerns over the filing, recording and IT systems in the area, inspectors were concerned about the managerial oversight and monitoring of the fostering service and brought this issue to the area manager, who provided Hiqa with an action plan to address these deficits.

Elsewhere, in Dublin North an announced inspection was done from April 24th to 26th and found non compliance in several areas.

Garda vetting of foster cares was not being updated, there were inadequate arrangements to ensure safeguarding visits to unallocated foster carers had taken place, and significant delays in approving relative carers who had children placed with them for a considerable period of time.

A significant number of foster carers (82 per cent) had not had a review in more than three years.

The standards outline the first review should take place one year after the first placement and subsequent reviews should then take place at three-yearly intervals. A plan was submitted by the area to have all reviews up to date by June 2018.

Good practice was found in Dublin North, however, with good-quality assessments of foster carers, supervision and support of foster carers who were allocated was adequate and completed reviews were of a good quality.

The Hiqa reports can be found here.