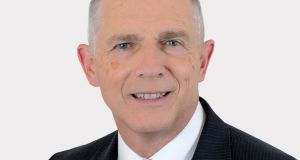 Minister of State for Equality David Stanton, who highlighted Ireland’s ‘strong’ human rights record in his opening address before the UN Committee Against Torture.

Ireland, for all its faults, is not a country normally associated with the practice of torture.

The very appearance, therefore, of a Government delegation before the United Nations Committee Against Torture has high embarrassment potential, if nothing else.

No fewer than 22 Irish civil servants and diplomats lined up in Geneva on Thursday to listen to a litany of human rights concerns delivered by the members of the committee. Given the range and seriousness of the issues raised, it must have been a torturous experience.

Eradicating torture was one of the challenges taken up by the UN in the era that followed the second World War.

The search for universally applicable standards meant it was 1984 before the UN General Assembly adopted a Convention against Torture and Other Cruel, Inhuman or Degrading Treatment or Punishment.

Torture, for the purposes of the convention, is broadly defined as any act by which pain or suffering is intentionally inflicted with State involvement.

Ireland signed the document in 1992 and ratified it a decade later.

The UN did not just establish a convention; it also put in place a monitoring body – the committee – to ensure implementation.

The group comprises 10 independent human rights experts “of high moral standing and recognised competence”, in the words of the UN.

The current committee is chaired by a Danish doctor, and includes members from Italy, the US, Tunisia, Mexico, Nepal, Moldova, France and China. Not all of these countries are paragons of human rights, but the individual members are all highly-regarded experts in the area, as their CVs on the UN’s website attest.

The committee meets twice a year in Geneva to run the rule over countries’ adherence to the convention. Ireland first appeared before in 2011, when minister for justice Alan Shatter led the delegation. On this occasion, Minister of State for Equality David Stanton travelled rather than the new Minister for Justice, Charlie Flanagan.

In his opening address, Mr Stanton understandably highlighted Ireland’s “strong” human rights record and the “many positive developments” since our last appearance before the committee six years ago.

These included an end to the sending of children to adult prisons, a virtual end to prisoners having to slop out and new procedures for determining asylum cases. While acknowledging past wrongs in the area of “social legacy issues”, the Minister pointed to the payment of awards to abuse former residents of residential institutions and former women in Magdalene Laundries.

Members of the committee who spoke to Ireland’s record in complying with the convention acknowledged the progress made, but were unsparing in their criticism and concerns in lengthy contributions during the three-hour session.

“Troubled” was the favoured expression used by Felice Gaer, the US rapporteur to the committee, in a wide-ranging critique of Ireland’s human rights record.

Ms Gaer was “troubled” by reports of severe abuse of children in foster homes; by the Government’s failure to implement large parts of Children First legislation, and by the State’s failure to amend its abortion laws.

She was also concerned by allegation of widespread allegations of abuse at mother-and-baby homes, and by the requirement for women accepting awards under the symphsiotomy redress scheme to waive their legal rights.

Not for the first time before a UN committee, Ireland’s record on prisoner rights, refugees and domestic violence came under close scrutiny. Newer themes included concerns about the treatment of older people in nursing homes, and the rights of intersex children.

Mr Stanton and his team will have plenty to reply to in their contribution on Friday, after which the committee will draw up a report. Its findings are not binding, but Ireland will be required to reply again.

That, and the request by the committee to be allowed send a rapporteur to Ireland on the Magdalene and mother-and-baby home controversies, should ensure the embarrassment factor remains high.