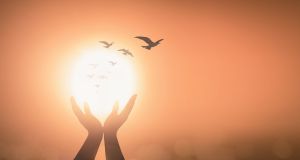 “Tomorrow’s readings bring us back to everyday life and remind us that ours is an adult faith for an adult world facing enormous challenges but that there is also hope.”

An epiphany has been defined as a moment when you suddenly feel that you understand or, suddenly become conscious of, something that is very important to you. So, the season of Epiphany is about discovery; the realisation of the significance of Jesus Christ and what his mission is about.

In Journey for a Soul, Bishop George Appleton wrote: “The Incarnation was not an isolated event, wonderful though it would have been if it was that and nothing more. It was the beginning of something new, perhaps rather the manifestation of something which has never been recognised, but which could now happen in a fully conscious and effective way. The Spirit of God, incarnate fully and supremely in Jesus, wishes to indwell every man, not only as an immanent force, but as an invited, personal guest.”

The Christian story is not told because of that stable scene in Bethlehem which we have just celebrated. It began with those who came to know Jesus as an adult in Nazareth and elsewhere and who were so captivated by the way he lived and ultimately by events before and after his death that they gradually, some reluctantly, came to the conclusion that God was present in and with him in a very special way.

As they sought to understand who he was and what he was about, they turned to the texts of the Old Testament and found what they believed to be references to his coming in the prophetic promises of Isaiah and Jeremiah. But as they went deeper into those Hebrew scriptures, they concluded that the incarnation, the birth of Jesus, was a continuation of the activity of God within human history. Scholars refer to this view of the Old Testament as Heilsgeschichte (salvation history) which carries over into the New Testament writings of Paul where he views Jesus through the lens of history, drawing parallels for example between Adam’s disobedience in Genesis and the faithfulness of Jesus on the cross. Against that background the early Christians came to see Jesus as the Word made flesh, the light of the world, the Son of God.

It was probably later in that journey of discovery that the followers of Jesus began to explore and record the circumstances of his birth and infancy. And so, we have the Christmas story that we treasure – the stable, the baby in a manger, the angels and the wise men – but it is possible that perhaps within it there lurks a little embellishment. What is certain is that without Holy Week and Easter there would be no Christmas story.

Tomorrow’s readings bring us back to everyday life and remind us that ours is an adult faith for an adult world facing enormous challenges but that there is also hope. In the Old Testament reading we learn that God’s servant is an answer to the waiting world – “a light to the nations” – and that he will do justice, justice for the many who are treated unfairly by the world.

The reading from Acts takes us to what is perhaps the most serious issue facing humanity – divisions caused by the incitement of political and religious hatred, accompanied in some cases by threats of war. We read from a sermon attributed to St Peter: “I truly understand that God shows no partiality, but in every nation anyone who fears him and does what is right is acceptable to him. You know the message he sent to the people of Israel, preaching peace by Jesus Christ – he is Lord of all.” The link made here between respect for people who are different and peace-making is clear. It challenges those who claim to be Christian, not least on this island, to reach across the dividing lines of political and religious ideology, of economic and social class and demonstrate that peace with justice is attainable. “Reconciliation is not weakness or cowardice. It demands courage, mobility, generosity and sometimes heroism, an overcoming of self rather than one’s adversary,” said Pope Paul VI.