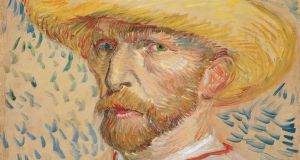 The Dutch painter Vincent van Gogh is today recognised as among the most influential figures in the history of Western art, but his genius was only recognised many years after his tragic death by suicide at the age of 37. He had serious mental health issues and was considered a failure during his lifetime. Incidentally he served as a Christian missionary for a short period in southern Belgium. Van Gogh was financially supported by his brother and a small circle of friends who cared for him. Following a visit from one of them he wrote a thank you letter: “Like everyone else I feel the need of relations and friendship, of affection, of friendly intercourse, and I am not made of stone or iron, so I cannot miss these things without feeling, as does any other intelligent and honest man, a void and deep need. I tell you this to let you know how much good your visit has done me.”

Friendship is a very special gift. It is an incarnation of what is best in human nature: love, generosity and a host of other qualities that enrich lives; the perfect antidote to the greed and selfishness that does so much harm.

It is said that in the ancient world friendship could only be shared among equals: a slave could not be the friend of a king because of the vast power imbalance separating them. The convention was that friendship required a balance of power, the ability to look one another in the eye as equals. Perhaps that remains a factor even today in that we form friendships more easily with people with shared backgrounds and interests.

In all sorts of ways, we find it difficult to step outside our social, economic or religious comfort zones and share space with those who are different. The recent controversy surrounding the building of a mosque in Kilkenny makes the point.

It is clear from the Book of Acts and other New Testament writings that, initially, the followers of Jesus had difficulties engaging with those they considered to be outsiders, despite what they had experienced in the company of Jesus, who regularly broke norms to engage with people of different races, religions and gender.

Despite this Peter and many others had difficulty stepping outside Judaism to engage with the Gentile world; it was Paul who realised that if the promise of the gospel was true for him then it had to be true for every human being and everyone was entitled to hear about it. This is reflected in his extensive missionary journeys to distant places including Italy and Greece. We benefit from that today in that we can go to almost any place on the planet and find a local church community willing to welcome us as friends.

In tomorrow’s gospel reading Jesus tells his followers: “You are my friends if you do what I command you. I do not call you servants any longer, because the servant does not know what the master is doing; but I have called you friends, because I have made known to you everything that I have heard from my Father. You did not choose me, but I chose you.”

This is an extraordinary statement given the convention of the time that friendship could only exist between equals. It is saying that we mortal, time-bound, fallible human beings can be friends with the divine. It is conditional with the particular requirement that we love one another but that does not mean that we can ever earn or deserve God’s friendship; it is about compatibility as we are reminded in the First Epistle of John: “If anyone has material possessions and sees a brother or sister in need but has no pity on them, how can the love of God be in that person?”

We will fail often in that regard but perhaps there is some consolation in these words from an anonymous source: “The Christian message is for those who have done their best and failed.”