Republic of Ireland among most tolerant in world for religion 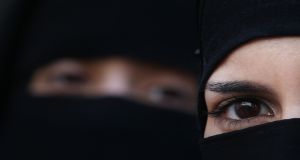 France and Russia had more than 200 cases of government force against religious groups, mostly of individuals being punished for violating the ban on face coverings. Photograph: Peter Macdiarmid/Getty Images

The Republic of Ireland is one of the most tolerant countries in the world when it comes to the practice of religion, according to new research.

Not only that but social hostility towards religion is on the decline, bucking an international trend that has coincided with concerns about migrants, according to Whether it be Government restrictions or social hostility ... Ireland is rated at the “low” end of the scale by a report by the Washington-based think-tank the Pew Research Center.

The study, which measures intolerance under two headings – government restrictions on religion and social hostilities involving religion, found that both had increased in 2015 for the first time in three years.

However, the Republic of Ireland rated at the “low” end of the scale in both categories in the 198 country index, showing a drop under the social hostilities measure.

In contrast, the UK rated “high” on social hostility involving religion – just below the worst ranking of “very high”. So too did Germany, Switzerland, Italy, the US and Australia.

In Europe Ireland was joined by France, Portugal, Finland, and the Baltic States in being rated “low” in levels of social hostility involving religion.

Looking at Government restrictions on religion, the Pew Center found that Ireland was again at the “low” end of the scale, with Britain this time, also Portugal, Sweden, Finland in Europe, Canada and Australia.

It found “high” Government restrictions on religion in France, while similar retrictions in other European countries were “moderate”, as they were in the US .

Across Europe, “more than half of the 45 countries in the region (53 per cent) experienced an increase in government harassment or use of force from 2014 to 2015, the report found.

“Twenty-seven European countries (60 per cent) saw widespread government harassment or intimidation of religious groups in 2015, up from 17 countries in 2014 .”

Two European countries, France and Russia, “each had more than 200 cases of government force against religious groups, mostly of individuals being punished for violating the ban on face coverings in public spaces and government buildings in France, and groups being prosecuted in Russia for publicly exercising their religion.”

France and Russia were also the only two European countries with more than 200 cases of government force against religious groups in 2014, but there was a significant rise in 2015 in the number of countries in Europe where lower numbers of incidents occurred.

Much of this was related “to Europe’s incoming refugee population. In 2015, 1.3 million migrants applied for asylum in Europe” and “more than half (54 per cent) came from three Muslim-majority countries, Syria, Afghanistan, Iraq”.

Overall it found that 40 per cent of countries worldwide had high or very high levels of restrictions on religion, up from 34 per cent in 2014.