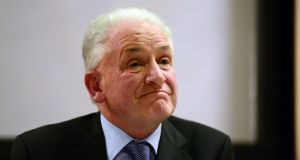 The Association of Catholic Priests has written to Pope Francis asking he reverse a decision of the Vatican’s Congregation for the Doctrine of the Faith (CDF) to silence Fr Tony Flannery.

“We are aware that you have stated that in the event of receiving a reprimanding letter from the CDF one should read it, put it aside and continue with one’s daily ministry. Fr Flannery’s superiors have not allowed him to do this.”

In 2012, Fr Flannery was silenced by the CDF over articles he had written in Reality, the Redemptorist’s magazine.

The letter, sent on September 11th and published on the Association of Catholic Priests website on Thursday, said “we believe that the treatment of Fr Flannery at the hands of the CDF and the manner in which the CDF acted have caused further disillusionment among Irish Catholics and have made the work of priests even more difficult. It is viewed as yet another example of a church that is more concerned with doctrinal orthodoxy than with the compassion of Jesus Christ. ”

The CDF had “never communicated directly with Fr Flannery. Furthermore, a highly respected Irish Augustinian theologian, Gabriel Daly, has written that Fr Flannery’s views are “both historically and theologically unobjectionable”.