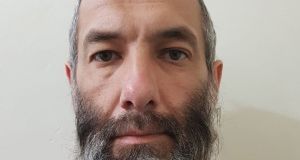 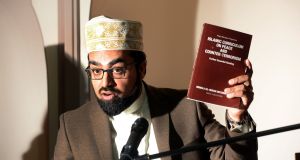 Taoiseach Leo Varadkar has adopted a “too moderate” tone following the capture of an Irish citizen alleged to have been fighting there with Islamic State, an Irish Muslim leader has complained.

The alleged actions of the Belarussian-born, Alexandr Ruzmatovich Bekmirzaev “should not be tolerated”, said Shaykh Umar al-Qadri, chair of the Irish Muslim Peace and Integration Council.

Questioned during a visit to Mali, Mr Varadkar said: “I can’t comment on it in any detail, but what I can say is that any Irish citizen around the world is entitled to consular assistance and will get that.”

Unhappy with the tone of the Taoiseach’s remarks, Shaykh al-Qadri said: “I don’t understand the Taoiseach’s comments. It does not do us any favours and puts Muslims in a negative spotlight.”

Originally from Belarus, Mr Bekmirzaev (45) came to Ireland in the early 2000s, living here for about a decade. He obtained Irish citizenship and an Irish passport and worked in retail and as a security guard in Dublin.

Calling for his citizenship to be revoked, Mr al-Qadri sought an investigation into how he received citizenship: “This [situation] should initiate a debate on Irish policy when it comes to awarding citizenship to such people,” he said.

He himself had no knowledge of Mr Bekmirzaev nor did he know him when he lived in Ireland but he agreed with Garda estimates that about 30 Muslims from Ireland had travelled abroad to fight alongside Islamic extremists. “The only Irish-born of those that I know of was Khalid Kelly, ” he said.

Terence Kelly (49), a former nurse from the Liberties in Dublin, also known as “Taliban Terry” or “Khalid Kelly”, died after carrying out an Islamic State suicide bombing in Iraq in November 2016, according to the jihadist group.

Shaykh al-Qadri believes that there are about 100 sympathisers with more extreme Islam in Dublin’s Muslim community, mainly in the south and west of the city and county area.

However, he is satisfied there is no ambiguity on the matter at the two larger mosques in the city’s South Circular Road and Clonskeagh, which are totally opposed to such extremism, he said.

Dr Ali Selim, spokesman for Ireland’s largest mosque at the Islamic Cultural Centre in Clonskeagh, said Mr Bekmirzaev was not known there either. “He was somebody we never saw or never heard of.

Saying he should be returned to Ireland and dealt with here, Dr Selim said the Clonskeagh mosque “discouraged anyone from travelling abroad and engaging in militant acts outside Ireland, regardless”.