Invitation to priest who blames autism on parents ‘should be withdrawn’ 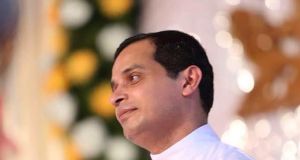 An invitation sent to controversial priest Fr Dominic Valanmahal to lead a retreat in Ireland should be withdrawn, Archbishop of Dublin Diarmuid Martin has said.

A priest of the Eastern Syro-Malabar Catholic Church, which is based at Kerela in India and has about 4,000 members in Ireland, Fr Valanmahal has been preaching that the increased incidence of autism and hyperactivity in children is due to their parents’ lifestyle.

“Why does this generation have autism and hyperactivity? That is to say, mentally retarded children are in abundance,” Fr Valanmahal asked in a sermon.

The priest has also claimed that on previous visits to Ireland, he “cured” one such child in Dublin. He “stood in the middle of the house and said ‘In the name of Jesus, I command, I bind the spirit of autism and hyperactivity that has infested this house. I banish it. Banish it to the foot of Jesus’s cross’,” he said.

‘Touched by the messiah’

On another visit to Ireland, he claimed to have “cured” a child in Limerick. “They bring this child. Praise the Lord. The child was cured 100 per cent. I gave the child Holy Communion. Now the child studies in a normal school. Not only that child, but her younger siblings were also touched by the messiah,” he said.

Fr Valanmahal had been invited to conduct a retreat at the Syro Malabar Catholic Church in Tallaght on October 26th, 27th and 28th next.

On Thursday morning, a spokeswoman for Archbishop Martin, who has jurisdiction over the church in the Dublin archdiocese, said he had been in contact with the Syro-Malabar community “and told them that Fr Dominic Valanmahal should not be invited here.”

Meanwhile, a petition has been launched by members of the Syro-Malabar community in Ireland calling on Minister for Justice Charlie Flanagan to have Fr Valanmahal banned from entering the country.

A member of the group told The Irish Times they were doing so as “this kind of personality should not be allowed to do anymore harm to the people living in Ireland”.

They added: “I believe our children, families should never hear another preaching from this priest.”

The petition is “supported by Indian emigrants in Ireland. I would like to let Irish people know about this as this kind of false preaching will affect the whole nation and it is a social nuisance,” the person said.

The petition claims the priest “verbally abused autistic kids and compared their parents to wild animals having no intelligence but just living for sex, alcohol and reproduction.”

It continues: “We discourage any attempt made by people like this person who could potentially be a threat to the development and integration of our children in the local society and also their future in this country.”

To date, almost 1,500 people have signed the petition, including Richard Thuruthen in New Zealand who commented “ I have personaly heard his speech in Wellington NZ . He is racist person. He said bad things about Indian kids marrying to Chinese and people from Africa. ”

The petition is at http://chng.it/wrFqyYKG