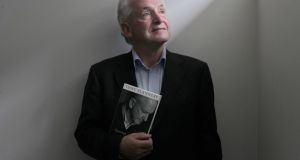 Fr Tony Flannery said he was “not surprised, but disappointed and saddened” by the CDF document. Photograph: Mark Stedman/Photocall Ireland

Banned Redemptorist priest Fr Tony Flannery (73) has declined a Vatican offer of a return to ministry if he promised silence and and signed statements on church teachings.

The offer made by Rome in July would have involved signing documentsasserting church teaching on women priests, homosexuality, same sex marriage, and gender theory

Co-founder of the Association of Catholic Priests, Fr Flannery was suspended in 2012 from public ministry by the Vatican for publicly expressing support for women’s ordination and same sex marriage as well as more liberal views on homosexuality.

Last February the Redemptorists’ Superior General in Rome Michael Brehl wrote to the Vatican’s Congregation for the Doctrine of the Faith (CDF) making representations for Fr Flannery’s return to public ministry. It , in turn, followed correspondence with him last year by the Redemptorists’ leadership in Ireland.

They did so as, under the leadership of Pope Francis, issues such as the equality and ordination of women are now freely discussed in the Church as is a more compassionate and nuanced approach to homosexuality.

The CDF responded that “Fr Flannery should not return to public ministry prior to submitting a signed statement regarding his positions on homosexuality, civil unions between persons of the same sex, and the admission of women to the priesthood.”

It said “the Irish Provincial should ask Fr Flannery to give his assent to the statement by providing his signature in each of the places indicated (enclosure).” This latter referred to separate statements asserting church teaching in each relevant area with space for Fr Flannery to sign his assent.

The CDF response continued: “After the statement is signed and received, a gradual readmission of Fr Flannery to the exercise of public ministry will be possible by way of an agreement with this Congregation. Furthermore, given the fact that he has stated numerous times that he is not a theologian, he should be asked to not speak publically on the above-mentioned topics which have caused problems in the past.”

As well as signing separate statements on each issue, Fr Flannery was also asked to sign an additional paragraph which stated “I, Fr Tony Flannery C.Ss.R, submit to all of the above doctrinal propositions given by the Congregation for the Doctrine of the Faith as they pertain to the Church’s teaching on the: 1. Reservation of the sacred priesthood to men alone; 2. The moral liceity of homosexual practices; 3. The legal recognition of marriage between persons of the same sex; and 4. ‘Gender Theory’.”

Responding to the CDF document, Fr Flannery said he was “not surprised, but disappointed and saddened” by it. “In my view it is a document that, both in tone and content, would be more at home in the 19th century. I could not possibly sign those propositions.”

The issue of equality, and ordination, of women “is now freely discussed in the Church,” he said, and that he was “on record for many years now in supporting, indeed emphasizing the necessity, of full equality for women, including ordination. How could I possibly sign that first proposition.”

The same applied to “ official Church language on homosexuality and homosexual relationships,” which he described as “appalling. I could not submit to it. As regards same sex marriage, I voted in favour of it. I don’t know enough about Gender Theory to have any strong views on it, and I don’t know where that one came from.”

He felt this was “the end of the line in terms of priestly ministry for me. I could not possibly have any more dealings with a body that produces such a document. Life is too short - especially at 73”.

Next month Fr Flannery’s latest book ‘From the Outside; Rethinking Church Doctrine’ will be published.

1 More than 30 people queue overnight to secure property in Carlow
2 Coronavirus: Further 430 cases reported in State most in day since April
3 Gardaí appeal for information on rape of teenager in Co Mayo playground
4 Man with electric scooter who died in Meath was due to get married in the coming weeks
5 Traffic volumes show Donegal locking down to greater extent than Dublin
Real news has value SUBSCRIBE

Coronavirus: Further 430 cases reported in State most in day since April 18:50
UCC students face expulsion if they breach Covid-19 guidelines 18:20
Post mortem on man who died in Navan expected to confirm hit and run 18:07
Hospitality industry suffers another blow as New Year’s Eve festival is cancelled 17:23
More than 30 people queue overnight to secure property in Carlow 17:00