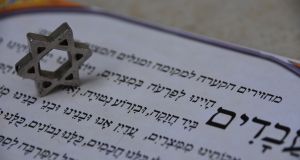 Census figures showed Ireland was experiencing fast growth in its Jewish population but a representative body has said it may have been a coincidence. Image: iStock.

Census figures that showed Ireland was experiencing the fastest growing Jewish population in the world were not what they seem, according to Maurice Cohen, chair of the Jewish Representative Council of Ireland.

The data, released last month, showed on census night, April 24th, 2016, the Jewish population had risen by almost 30 per cent since 2011.

Mr Cohen said the spike of 573, to 2,557 last year was due to “three or four hundred families here to help set up high tech industries, but who have now returned to Israel”.

They “work with Intel in Tel Aviv and were here to help Intel in west Dublin,” he said.

Mr Cohen said many of the families who took part in that census have now returned to Israel and that by 2021, the news could be “Ireland experiences fastest declining Jewish numbers in the world”.

The census showed 1,439 Jews, 56 per cent, live in Dublin, including families now returned to Israel. This represented a 10 per cent increase in the city’s Jewish population since 2011.

Monaghan is the only county in Ireland where there are no Jewish people, according to the census. It experienced a 100 per cent drop since 2011 when it had one.

Mr Cohen said, more generally, it was “impossible to get a handle” on Jewish numbers in Ireland as some practised and others did not, besides which people did not have to declare their faith in a census.

He said there are about 2,000 Jews in the Republic. He was intrigued particularly by the 25 in Donegal.

In February 2016, just two months before last year’s census, the 135-year-old Cork synagogue was closed because of falling attendances. It had hosted services there since 1905.

Currently there are three synagogues in the Republic, all in Dublin.

In general, Irish-born Jews are an ageing population, but a new influx with the arrival of hi-tech US multinationals has contributed to growth. Most of these, however, follow the trend of younger people in larger faith groupings. They are primarily secular and non-practising.