UK, Romania and Brazil accounted for most new allocations 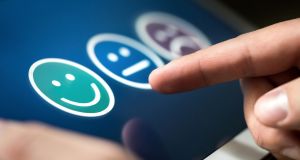 The highest numbers are employed in the hospitality, administration and support, and the wholesale and retail sectors. Photograph: iStock

Of those, more than a third went to people from the UK, Romania and Brazil.

Almost half a million people from outside the State who had been issued a PPS number in the past six years were working in Ireland in 2018, according to the data published on Friday.

The highest numbers are employed in the hospitality, administration and support, and the wholesale and retail sectors.

Including children, 123,135 PPS numbers were issued last year, compared with 85,021 six years ago. Allocations to males accounted for 53.8 per cent and 47.8 per cent to females.

Sixteen per cent were employed in “accommodation and food service activities”; followed by “administration and support services activities” and by “wholesale, retail trade”.

Just under 11 per cent of employed foreign nationals were in manufacturing last year, 7.2 per cent in information and communication activities, and, 6.8 per cent in human health and social work.

Forty-five people were employed in the “activities of extra-territorial organisations and bodies” such as the United Nations or the World Bank, followed by 241 in jobs where households were their employers, and 395 in mining and quarrying.

The UK and Romania have had the two highest number of PPS number allocations by country since 2015.

Including engagement with social welfare, 63.9 per cent of foreign nationals who got their PPS number since 2013 were working, receiving social welfare or both. This compared with 33.4 per cent in 2013.