Vulnerable minors are not getting timely access to therapuetic care, report says 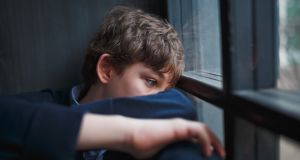 There are 26 secure care beds in the State “and only 14 of them are available mainly due to staffing problems” the report says. Photograph: iStock

Almost half the secure beds provided for the most at-risk children in the State are closed because of “staffing problems” a hard-hitting report published on Monday morning warns.

Children whose behaviour poses “a real and substantial risk of harm to life, health, safety development or welfare” are not getting timely access to the therapeutic care to which they are legally entitled.

The Childcare Law Reporting Project (CCLRP), in its latest tranche of reports, says among the “most concerning” cases its reporters are attending are those involving applications for secure care – where a child is detained in a special unit providing specialised care and education where they have very high needs.

There are 26 secure care beds in the State “and only 14 of them are available mainly due to staffing problems” it says.

The project, established in 2012 under the Child Care Act to report on and examine child-care proceedings before the courts, cites a recent case in which a High Court judge criticised failure by Tusla, the Child and Family Agency, to open all of the beds available.

In the case, Tusla was defending its failure to apply for an order for secure care for a teenage boy who needed it, saying no bed was available yet.

“I understand the union position,” said the judge. “I understand the recruitment difficulties, but the agency is well-funded, expertly run and should be in a position to sort out this glitch in order to make use of what are hugely impressive facilities, which I have seen myself.”

In all, 57 reports are published on Monday morning also highlighting gaps in mental health legislation, which are forcing courts to make young people with severe behavioural disorders such as anorexia nervosa wards of court to access treatment they need abroad. They also reveal a disproportionate number of children from ethnic minorities in care proceedings, and mental health problems among parents leading to child protection cases.

In one case, before the District C ourt last autumn, a teenage boy whose behaviour, his guardian ad litem believed, posed a risk to his own life and welfare was living in a hostel for homeless.

The guardian was seeking a judicial review of Tusla’s failure to consider an application for secure care. The agency had told the High Court previously it would consider him for secure care.

The judge directed Tusla to give the guardian €35,000 to find secure care, which was found in the private sector.

‘Shame on the family’

The mother, who had a very low IQ, gave birth in a hospital. She was unmarried and said she had been raped. Her brothers “appeared at the hospital...and said she had brought shame on the family”, the report said.

Her baby was taken into foster care on discharge from hospital.

Hearing an application for a care order for the infant, the court was told the woman said she was travelling to her country of origin to marry her first cousin. There was a concern this was a forced marriage and the infant’s guardian ad litem told the court the mother, who seemed unconcerned at the risks, was travelling to the “honour killing capital of the world”.

A full care order for the baby was granted. The mother’s whereabouts are not reported.

Such cases emphasised “the need for specialist training [in cultural issues] for child protection staff,” the report says

“The lack of secure beds must be resolved and the necessary resources provided so that they can be properly staffed – with incentives if necessary.”