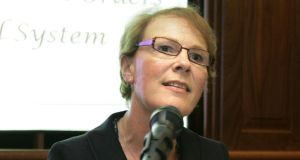 An online therapeutic support service for victims of sexual violence will be the first alternative treatment of its kind in the world, the Dublin Rape Crisis Centre (DRCC) has said.

The “e-health initiative”, developed in collaboration with UK trauma consultants and a company called KRTS International, is aimed at making therapy as accessible as possible, particularly geared toward those less likely to enter face- to-face counselling.

Speaking ahead of the charity’s annual report launch today, chief executive Noeline Blackwell said the initiative was a reflection of the organisation’s determination to “come up with new solutions as well as what we have always done”.

“We do believe it’s going to be unique and innovative and as far as we can see the first anywhere.”

The digital service, financed by the Social Innovation Fund Ireland and Google, offers users an alternative online approach to processing trauma, supplemented by phone support and counselling from qualified professionals.

It is expected to launch on a trial basis in October and those interested in using it will first have to be assessed for suitability. While similar platforms have been developed for general trauma, this is the first known model to specifically tackle sexual violence, Ms Blackwell said.

“There are people who when they pick up the phone can’t talk to us until they have picked it up four or five times and they won’t be going in [to a centre],” she said.

Although it will not suit everyone, the service is also expected to help reduce waiting lists for traditional supports under pressure from consistently rising demand, outlined in the 2018 report.

In it, the DRCC warns that a recently announced boost in State funding would not be enough to meet record levels of engagement, with about 38 helpline contacts every day in 2018.

The charity said it was unclear whether the increasing need for its services was due to a rise in rape and other sexual violence or a shift in culture prompting more people to come forward.

“More people than ever are disclosing and seeking help,” said the organisation’s chair Ann Marie Gill.

The organisation said while a further 10 per cent Government increase in its budget announced earlier this year would help, it could not meet “what the DRCC believes will be an ever-growing demand”.

“Any increase in the number of people [coming forward] must be seen as welcome. However, we have no real idea, beyond purely anecdotal evidence, if the increase in numbers is due to an increase in rape, sexual abuse and sexual harassment or to greater empowerment of victims and survivors following campaigns like #MeToo,” she said.

Of those who made contact in 2018, one-third said their experiences related to childhood sex abuse.

Almost 4,500 hours of therapy was given with 582 individual “clients” availing of face-to-face sessions.

The DRCC said there was a need for firm data that might shed light on “the true extent of the problem”.

The recent rise in demand cited by the charity is reflected in a rise in sexual violence statistics reported by gardaí via the Central Statistics Office, which recently announced its intention to undertake a major new study on the subject.