All children must be taken out of emergency housing for asylum seekers, council says 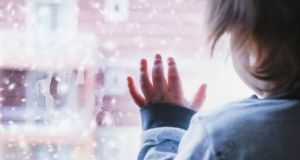 Nearly 1,000 people, including 164 children, are currently residing in 28 emergency accommodation centres which have been set up across the country since 2018. Photograph: Getty Images

All children must be removed from emergency accommodation centres for asylum seekers as a “matter of urgency”, the Irish Refugee Council has said.

The IRC’s Reception Conditions Directive: One Year On report, published on Friday, has called on the Minister for Education to ensure children in emergency centres are enrolled in school, and it said the use of B&Bs and hotels to accommodate asylum seekers should be phased out as soon as possible.

Nearly 1,000 people, including 164 children, are currently residing in 28 emergency accommodation centres which have been set up around the country since late 2018.

The report into the EU directive introduced last year says the State’s failure to carry out vulnerability assessments, which are needed to ensure applicants do not suffer re-trauma upon arrival in Ireland, is “a clear and flagrant breach of EU and Irish law”.

Not one asylum seeker has undergone a formal vulnerability assessment in the past 12 months despite the State’s obligations under the European Communities (Reception Conditions) Regulations directive.

In July 2018, the State formally adopted the regulations which recognise the socio-economic rights of asylum seekers.

Under the directive asylum applicants must have access to housing, food, clothing, healthcare, education for minors and access to employment under certain conditions.

They must be able to access adequate information on their case, an appeals process and a chance to review decisions on their status.

Despite the Irish Government’s promises of reform under the directive, the situation for asylum seekers has deteriorated in the past year, said IRC chief executive Nick Henderson.

Last week Minister of State for Justice and Equality David Stanton said people who arrived in Ireland could voluntarily opt in or out of medical assessments.

However, Mr Henderson said voluntary medical screenings were not the same as vulnerability assessments “which must be a formal, holistic process for assessing a person’s full psychosocial needs. Failure to create such an assessment is a clear breach of Irish and EU law.”

Those living in emergency accommodation are struggling to access medical services, PPS numbers or the daily expenses allowance, while many children are not in school, the report found.

In some cases people being moved at short notice to allow hotels to be used for other purposes such as weddings.

The added cost of the centres is expected to result in more than €100 million being spent by the State on the asylum accommodation system this year.

Meanwhile, nearly 800 people with refugee status and leave to remain in Ireland are unable to leave direct provision because of the lack of available social housing.

While some asylum seekers are now legally entitled to apply for jobs, the right to work “continues to be an illusion for many”, said author of the report Rosemary Hennigan.

She said the remote location of many direct provision centres combined with the fact that asylum seekers cannot apply for a driving licence makes it very difficult for people to secure work.

Asylum seekers also face additional challenges when trying to open a bank account, while many employers still do not understand that people seeking asylum are allowed work. The six-month temporary nature of the permission can also act as a deterrent for employers, warns the report.

“There are significant hurdles to overcome for people seeking employment,” said Ms Hennigan. “Anyone who has already received a first instance decision on their application is not eligible for permission to work. This means that the people who have been in direct provision the longest have not received the benefit of the chance in the law.”

A total of 2,713 applicants for asylum have been granted permission to work since the directive was introduced last year. Of these only 1,229 applicants have secured employment and started working, according to the Department of Justice.

A Department of Justice spokesman said it was using emergency accommodation for “as short a time as possible”, and was actively working to secure additional capacity through existing centres and sourcing new centres via a national procurement process.

He said the Reception and Integration Agency was also looking to hire a support and cultural liaison service to assist those in emergency accommodation.