Man at centre of case had dementia and behaviour was ‘alcohol-fuelled’, WRC found 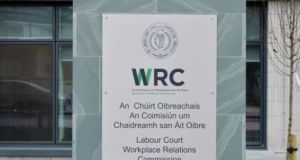 The €50,000 awards were made up of €30,000 for the distress caused by the sexual harassment and €20,000 for the victimisation and penalisation by the nursing home.

A nursing home has been ordered to pay €150,000 to three care workers who were sexually harassed by an alcohol-fuelled 93-year-old male resident.

All three care assistants were dismissed following a flash-point involving the pub-going resident on January 7th, 2018 and the Workplace Relations Commission (WRC) has ordered that the nursing home pay each care worker €50,000 compensation.

The €50,000 is made up of €30,000 for the distress caused by the sexual harassment and €20,000 for the victimisation and penalisation by the nursing home against the three concerning their dismissals.

In her findings, WRC adjudication officer, Marguerite Buckley stated she was satisfied that the care workers were subjected to sexual harassment in the workplace by the resident.

“This went beyond tactile touching, banter or involuntary behaviour due to dementia. I accept the evidence that this behaviour was alcohol fuelled.”

Ms Buckley also said she was satisfied the nursing home “failed to put appropriate measures in place to stop this sexual harassment from occurring or to reverse its effects”.

Ms Buckley noted that a care-home case report on the 93 year old set out that the resident went to the pub most days and drank alcohol “which may contribute to behavioural issues”.

Ms Buckley said along with the evidence of three the care workers three colleagues also provided “clear and compelling” evidence of the resident’s behaviour.

In the case, the care workers alleged the male resident sexually harassed them over a period of time including touching their breasts and using foul language.

One care assistant stated the man said to her that “she had a fine pair of breasts”.

The workers’ case was that the resident’s behaviour had the effect of violating their dignity and creating an intimidating, hostile, degrading, humiliating and offensive workplace to work in.

One of the care workers stated that the resident went to the local pub six days a week and always kept alcohol in the locker beside his bed.

The nursing home told the WRC that the man suffers from dementia while the resident denied the sexual harassment of the three.

The care home also stated that the man was largely bed bound and spent only about two hours a day sitting in his wheelchair. A medical cert was provided to the WRC to state that the man was frail and medically unfit to attend the hearing held over three days.

Concerning the January 7th 2018 incident, one of the care workers stated that she heard the resident “kicking off, cursing to his care staff” as they were attempting to provide care to him.

She stated that she went into his room and noted that he had been drinking alcohol.

She alleged the resident told her that she was “no f**king better than these two b*tches”.

One of the other care workers stated that the man grabbed her at the crotch “and told her to f**k off”.

The man threw a glass across his room and hit his locker.

A clinical nurse manager was called to the room by the care workers but instead of offering assistance to the three made a complaint to the Director of Nursing concerning the three.

The three were dismissed in December 2018 after an investigation concluded they had created a situation which resulted in the maltreatment of a resident.